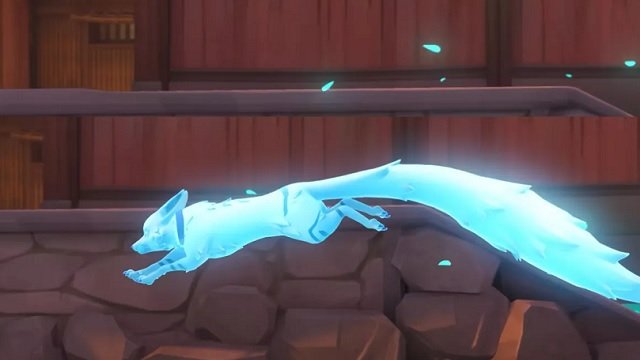 A new Overwatch 2 leak has seemingly revealed an incomplete, nine-minute cinematic trailer for upcoming hero Kiriko. And when we say “incomplete,” we mean that the video is full of unfinished animation blocks, though the parts that are complete look very well-polished. The video is likely taken from early localization for the Spanish dubbing of the game, so do take that into consideration if you choose to find it. We won’t be posting the video or any shots of it, so you don’t have to worry about spoilers.

And the New #Overwatch2 Heroes can be obtained by unlocking the free track, even if you haven’t purchased the Battle Pass 🎫 pic.twitter.com/KeDlizkWmn

YouTube user Kuriboh cervantes, a person who claims to have no links to Blizzard or to any employee at the developer, has posted the animation according to a Resetera thread. However, by the time you reach the thread or the YouTube link, it is possible that it already have been scrubbed by Blizzard.

Kiriko was initially leaked by various sources, including one on September 7 from Twitter user @OverwatchNaeri who posted a screenshot about the Overwatch 2 Season One Premium Battle Pass including the likes of Legendary Hinotori Kiriko, Mythic Cyber Deon Genji, and more. This was the cause of some concern by players, as owning the premium Battle Pass would give instant access to Kiriko, hinting that she and future characters might be locked by default. In response, Blizzard’s Jon Spector confirmed that new Overwatch 2 heroes will be available on the free track of the Battle Pass, though there will be “free paths to get new heroes in future seasons too.”

This isn’t the the first controversy surrounding Overwatch 2, either. In early August, Blizzard had to clarify that a survey suggesting that Mythic skins could cost $45 was “not indicative of final pricing.”

Kiriko will join Sojourn and Junker Queen as new heroes to be released when Overwatch 2 launches on PS5 and PS5 on Tuesday, October 4.

In other news, the next Battlefield game is in development with a new studio making the campaign, and God of War Ragnarok has over 60 accessibility options.

Next Battlefield Game in Development, New Studio Making the Campaign