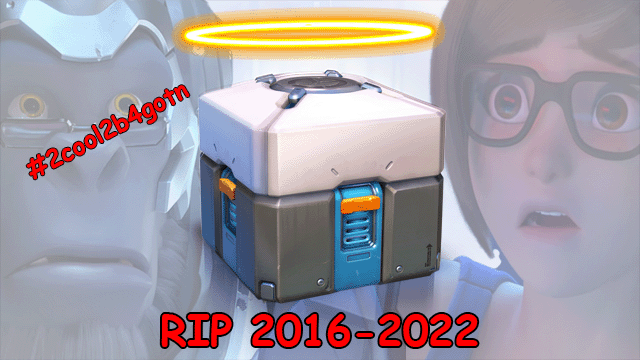 The Overwatch Anniversary Remix Vol. 3 event is going on, and it’ll mark the last time players can purchase loot boxes in the game. Since this game was arguably the title that first implemented the mechanic in a way the general public found acceptable, it’s truly the end of an era.

Blizzard previously announced that Overwatch 2 would do away with loot boxes, but the cut-off date is coming a little earlier than anticipated. In the official blog for the Overwatch Anniversary Remix Vol. 3 event, the company dropped the news that loot box purchases would end at the event’s conclusion on August 30. After that, Overwatch players can earn loot boxes as usual. However, if you have any left when Overwatch 2 launches, they’ll be automatically opened and the contents added to your armory.

While plenty of titles have had loot boxes over the years, Overwatch was one of the first that implemented them in a way that most players found tolerable. However, the mechanic has recently begun to come under fire by politicians as a form of gambling, and paid cosmetic stores and battle passes are becoming the norm. As a result, Overwatch 2 will join the likes of Apex Legends, Fortnite, and Call of Duty by adopting a similar system.

Of course, some believe Overwatch’s success inspired rampant monetization throughout the traditional gaming space. They criticize the season pass system as being as toxic as loot boxes due to its manipulation of players with limited availability cosmetics. Fear of Missing Out (FOMO) is a powerful psychological tool, and it’s argued that it’s as effective (if not more) than the gambling mechanic loot boxes present in generating negative spending habits.

In other news, Activision apologies for stolen Call of Duty dog skin, and Forspoken’s latest trailer was meme-tastic.