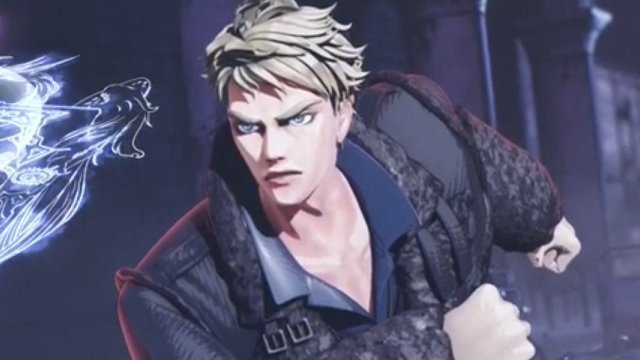 Penny Blood and Armed Fantasia have combined forces to create a Double Kickstarter campaign. While Penny Blood is the spiritual successor to the Shadow Hearts franchise, Armed Fantasia is one for the Wild Arms series. It’s a bit complicated, but proceeds will fund these two JRPGs individually as separate bars but also together in a Combo Meter that unlocks content for both games. At the time of this writing, their Kickstarter campaign has already reached more than half of its intended goal of about $720,000 and has over 2,900 backers.

Why Penny Blood and Armed Fantasia are doing a Double Kickstarter

As humorously explained by Shadow Hearts: Covenant director Machida Matsuzo in the announcement trailer posted above, he notes that this Double Kickstarter is due to concerns that “JRPGs have been on the decline lately” and that “it’s been years since the JRPG boom.” I would point out that both the Persona and Tales series have carried on the tradition of classic JRPGs quite well, but it’s been well over a decade since Shadow Hearts: Covenant and Wild Arms XF were released. The Kickstarter also revealed that they “pitched multiple publishers” but none of them would fund the games without proof of concepts.

As shown in the gameplay trailer and the Kickstarter info for Penny Blood, the game stars private detective Matthew Farrell in the 1920s as he attempts to unravel a cosmic horror using his hidden fusion powers. The trailer shows off a timing-based Psycho Sigil mechanic before attacks that isn’t far off from the Judgement Ring in Covenant. The story will have him travel to Europe and Asia to destroy aberrant horrors seeking to corrupt the world.

As for the “Westernpunk” Armed Fantasia led by Akifumi Kaneko, the gameplay trailer features a young man named Ingram Goodweather who sets off to become a Pathfinder with a trusty ARM in hand. The game will use a Cross Order Tactics system that aims to combine a turn-based system with high-octane action. Alongside Alicia Fairhead and Euclid Sturges, Ingram hopes to save Londenium from Anomalies believed to be strange mutations of living creatures.

The platforms that both games will release on have not been settled yet, but if the Console Stretch goal is reached, they promise that both games will be on PS5, PC, and Xbox Series X (we assume this includes the Series S too). They are tentatively offering an option for backers to select Nintendo as well in the hopes that “new hardware becomes available during production.”

In other news, the next Mafia game is still a few years away according to Hangar 13, and here is every PS5 and PS4 release for this week starting August 29, 2023.