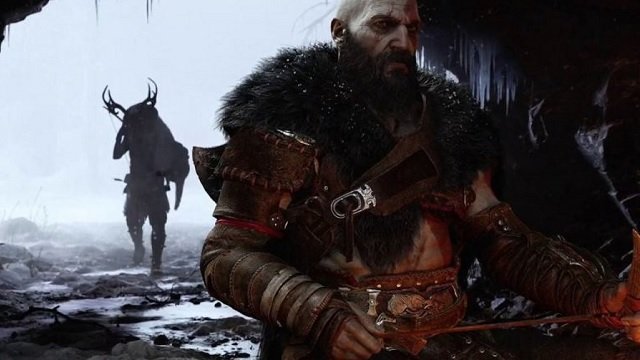 According to a cinematics animator at PlayStation Studios’ Visual Arts group, new PS5 games in 2022 will include some “bangers” other than God of War Ragnarok. In a number of tweets published over the course of last month following the launch of Horizon Forbidden West, Robert Morrison alluded to unannounced projects, one of which may have been in the works for 3-5 years.

“I’m not working on God of War Ragnarok but something equally cool.”

The Last of Us Remake or something else? pic.twitter.com/SDy6DXNl9p

As spotted and compiled by Twitter user Okami13_ (via MP1st), Morrison’s tweets suggest that he’s not referring to God of War Ragnarok, which is currently scheduled to release in 2022. The developer previously worked for 2018’s God of War before moving on to Certain Affinity for nearly four years and subsequently returning to PlayStation Studios in July 2021. In light of this, the project that he claims to have been working on for “3-5” years might not actually be a Sony game. However, his tweet talking about the “bangers” has everyone scratching their heads. One plausible theory is that Morrison is referring to The Last of Us remake for the PS5. Numerous known insiders have heard about the remake’s existence, which is rumored to be in development at Sony Visual Arts.

Opinion: The Last of Us remake won’t be the banger we’re all hoping for

Zarmena writes… It’s looking an awful lot like Morrison is talking about The Last of Us remake and while it remains one of the best Sony games of all times, its PS5 remake isn’t exactly a “banger” and I sincerely hope that’s not what Morrison is referring to. At this point, it feels like the Naughty Dog zombie galore has been milked to death and should be left where it belongs: in the last gen. I can’t imagine why Sony would want to spend resources remaking a 2013 game yet again when it could be investing those resourcing into fresh experiences. Perhaps, the company wants to drum up hype for the HBO series…

In other news, Fia’s panties are getting Elden Ring players banned, and Housemarque says Returnal’s difficulty is a part of its story.