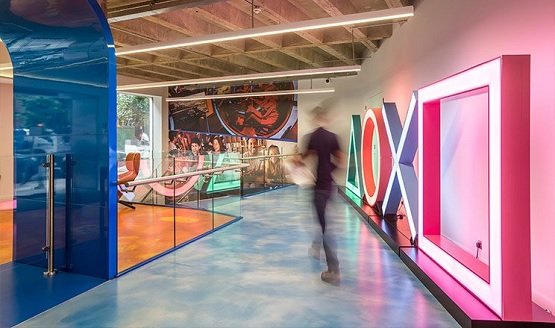 PlayStation London Studio Is Working on a Magic-Based Fantasy Game

A recent job listing spotted by ResetEra user Smitch reveals that PlayStation London Studio’s PS5 multiplayer game has a magic-based fantasy setting. London Studio has been open about a multiplayer game in development for a while, but no hints were previously given regarding its possible setting.

What we know about London Studio’s PS5 multiplayer game

The position advertised on the studio’s career site is for a narrative design lead. The job description states that successful applicants must have “a passion for both making and playing magic-based games, where great gameplay is supported with fascinating fantasy world building.” This does point to London Studio’s multiplayer game having a fantasy setting.

Other points in the job listing suggest this role will be suitable for someone who has worked previously on multiplayer games. It highlights the need for delivering a story in games-as-a-service or ongoing title. The opening also highlights a campaign, side quests, and lore that sets up years of an ongoing story. Based on this, PlayStation London Studio may be working on their own Destiny-like game.

More multiplayer games are expected from PlayStation in the coming years. After the company announced plans to acquire Bungie, PlayStation boss Jim Ryan said the studio would “support the development of several future live services titles from PlayStation Studios.” London Studio seemingly is one of them.

Want to work on a PlayStation 5 online multiplayer game? 👀

Come work with us! 🥳

We’re creating a brand new IP and looking for new starters to continue our journey on shaping plans for this AAA project. 🔥

PlayStation’s London Studio is most recently known for its work on PSVR. It developed 2019’s Blood and Truth and also worked on PlayStation VR Worlds — a launch game for the kit.

In other news, a 60 FPS patch for Assassin’s Creed Origins looks set to release next week. The Xbox Series S outsold the PS5 in Japan last week, but it’s not as simple as you think. Meanwhile, the latest update in Battlefield 2042 removes the 128-player Breakthrough mode on PS5. DICE has also adjusted stock weapons, so they now have better base recoil.