Home Gaming Readers’ Opinion: After LEGO Star Wars: Skywalker Saga, What Other Series Should Get the LEGO Treatment? – PlayStation LifeStyle 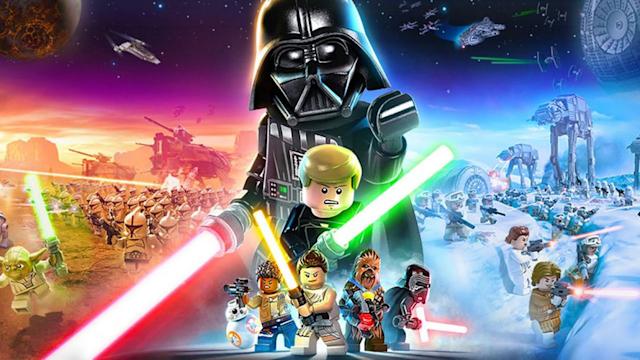 Readers’ Opinion: After LEGO Star Wars: Skywalker Saga, What Other Series Should Get the LEGO Treatment? – PlayStation LifeStyle

LEGO Star Wars: Skywalker Saga will be bringing the force back to LEGO blocks today, and once that comes and goes we will be left with another LEGO-sized void in our world. That is, of course, until the next series is announced, so why not get to speculating? What series do you think Traveller’s Tales and TT Games should transform into LEGO? We’ve already had the likes of Harry Potter, Indiana Jones, and Jurassic World, and looking at 10 series that should be next in line when it comes to joining Traveller’s Tales and TT Games long-running series of games. Hopefully whichever game does come next doesn’t bring with it the crunch that Skywalker Saga has.

Cameron writes… Here is my own list of series that I think would do well after LEGO Star Wars: The Skywalker Saga, in no particular order:

What did you think of our list? Did we miss a series you think we should have added? Let us know in the comments below.

In the last Readers’ Opinion, we asked how you felt about microtransactions in full-priced games.

I feel like microtransactions have no place in a full priced game. Especially if a game has a premium edition, as the developers have already gotten their money from the gamers who obviously love the game enough to spend the extra cash to buy the premium version of their game instead of the standard version.

No. They can stop with that “development costs are rising” nonsense, in the UK we’re already paying £70 for next-gen games with PS4/X1 games at £60, I’m not paying that much for a game and then going into a MTX environment.

By their very nature MTX have to ruin a game because they only work by making sure the only way to enjoy yourself is to pay for the MTX. Take Assassin’s Creed Valhalla where you CAN spend hours collecting resources to upgrade your armour and weapons or you can pay Ubisoft to just hand you leather and iron ore.

and that’s w/o going into the £30 season pass most of these games have. I already paid for your game, I shouldn’t have to pay for it again.