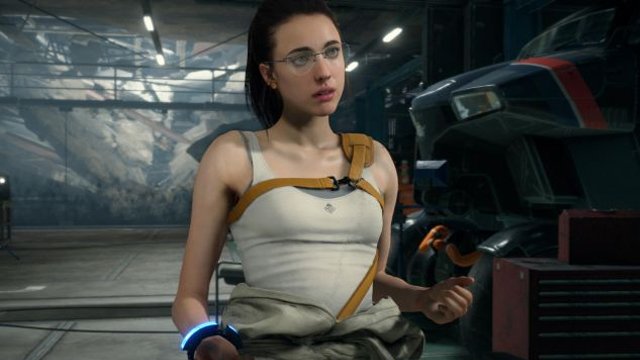 Rarely does a major game reveal come as a complete surprise these days. When a new trailer debuts, we’ve usually already at least heard about it before watching. We live in an era of leaks, where game companies struggle to keep their projects under wraps before releasing them to the wider public. But is this a good thing or a bad thing?

This week, an upcoming Hideo Kojima horror game was seemingly leaked by  Try Hard Guides before its official reveal. This led to a wider discussion about the ethics of reporters leaking video games in general. Some have complained that the leak unnecessarily spoils the eventual reveal; others have pointed out how it isn’t a journalist’s job to withhold information to benefit a company.

So what’s your take? Are video game leaks harming the industry, are they benefiting it, or does any of that even matter if that’s what journalists are supposed to do? Let us know in the comments.

Paul Tamburro writes… The excitement surrounding new video games has dramatically declined now that so many reveals are spoiled ahead of time. However, it’s also not a journalist’s job to worry about a game’s marketing and how a leak would affect it. But with that being said, many leaks these days feel like the equivalent of posting spoilers for a new show before anyone else has had a chance to see it — what’s the point?

But it’s something we’re all guilty of doing. For PSLS, we know our readers want to read this information, so we’re not going to withhold it from them. Those leaking the info would have a similar take — our audience is our readers, not game publishers, so it’s not our job to worry that we’re ruining a game’s marketing.

Still, there’s no denying that it’s just not fun to find out about a new game through an article. No one really wants to find out Kojima is developing a horror game through a news post; they want it to happen in the way Kojima Productions was planning. A post telling me about a game reveal I’d be able to watch in a few weeks’ time is the same as someone tapping me on the shoulder during Empire Strikes Back, whispering to me that Darth Vader is actually Luke Skywalker’s dad.

That’s not to say that no leaks make for enjoyable reading. This week also saw Fanbyte reveal that a sequel to 1-2 Switch is in the works, though this combined the revelation with an interesting report on Nintendo’s internal struggles with the game. While all leaks are made with personal gain in mind, whether that’s the outlet receiving more traffic or the leaker obtaining more clout, stories like this provide an interesting angle for the reader beyond simply reporting that a game is being made.

Unfortunately, while I’d love to go back to an era where the first you heard about a game was through its exciting trailer, that’s no longer the case. Leakers will keep leaking, we’ll keep reporting those leaks, and we’ll all continue contributing to a system that makes video game reveals far less exciting for no good reason.

In the last Readers’ Opinion, we asked you to give us your favorite PlayStation start-up screen and sound.

It’s so tough deciding between PS1 and PS2. The sound and images of PS1 brings back so much nostalgic memories. Like when my brother’s PS1 disc drive was missing a spinner, so we replaced it with a piece of tissue to keep the disc balanced. If the start up screen got passed the Sony logo and showed the PS Logo, we were so happy cause that meant the game was actually going to start.

But the actual screen of the PS2 is legendary. I think taking out nostalgia I’ll have to say the PS2.

As a mere startup sound, PS1 hits it out of the park. However I still prefer the PS2 Home Screen as a whole because that’s some grade A meditation ambience right there, haha. They say that you often have the best ideas during a shower, and I think that the PS2 ambience has the same effect. It’s too good! So good, in fact, that I don’t even want to insert a disc and have a game take me away from this, haha. It’s a “Home Screen” that truly feels like home.