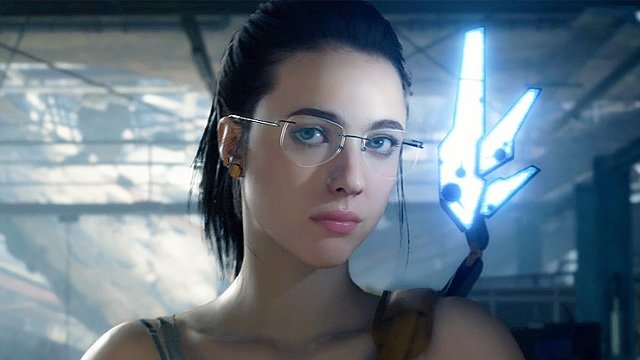 First information about the long-rumored Hideo Kojima horror game has been leaked by none other than known and reliable insider Tom Henderson. Henderson’s report was aided by another insider, The Snitch, who accurately leaked State of Play announcements as well. According to the duo, the game is code named Overdose and it features Death Stranding Mama (pictured above) actress Sarah Margaret Qualley.

Insiders have seen footage of the Kojima horror game

Writing for Try Hard Guides, Henderson claimed that he saw early footage of Overdose but was requested anonymity and couldn’t share the video. From what he saw, a character portrayed by Qualley is wearing a blue dress and is seen walking through dark corridors with a flash light. The footage in question is apparently in third-person view but Henderson has been told that Overdose can be played in first-person mode as well.

“A jump scare at the end of the footage shows “’GAME OVER’ followed by ‘A Hideo Kojima Game… OVERDOSE,’” per Henderson’s description. He remains convinced that the footage is not from Death Stranding 2.

It’s a Game Over

Henderson has speculated that this could be the game that Kojima has been rumored to be in talks with Microsoft/Xbox to publish. If true, Overdose could very well have some kind of exclusivity arrangement for Xbox and might be revealed during the upcoming Microsoft showcase.

One thing’s for sure: Kojima and his staff have been teasing an appearance at Summer Game Fest so we’re probably going to see something pretty soon.

In other news, Naughty Dog has revealed that it almost added a stamina bar to Uncharted 4: A Thief’s End, and Godfall’s latest update adds VRR support for the PS5.