Home Gaming Readers’ Opinion: What is the Most Terrifying Horror Game You’ve Played? 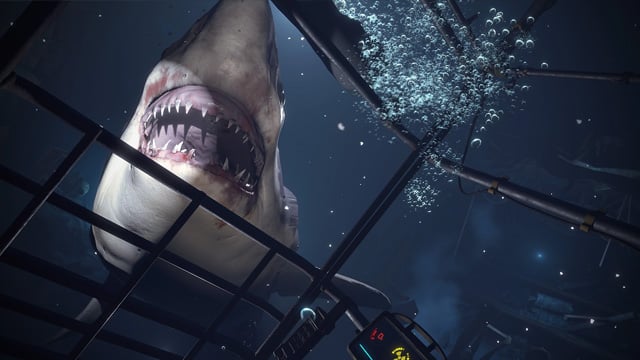 Readers’ Opinion: What is the Most Terrifying Horror Game You’ve Played?

It’s nearly Halloween, with the spookiest day of the year right around the corner. If you’re anything like us, you’re going to be spending the weekend watching scary films and playing creepy games — but what game is the most terrifying you’ve ever experienced? Let us know in the comments!

Let me tell you about the time a game made me cry with fear. I have a pretty intense case of thalassophobia (a fear of the ocean/large bodies of water), yet for some reason, I decided my first experience with the PSVR should be PlayStation VR Worlds’ Ocean Descent.

This VR experience saw the player being dropped deeper and deeper into the sea, where you ultimately come face-to-face with a rampaging great white shark who is determined to turn you into a meal. I lasted all of 10 seconds after seeing this shark before ripping the headset off, struggling to catch my breath as I realized that I’d just given myself a little trauma. Even looking at the game again to write this gave me palpitations.

It might not be the traditional choice, and there are certainly games that have put more effort into spooking the player than launching a giant VR shark at them, but that’s my honest answer. Now, if you excuse me, I need to go have a lie down…

Last time, we asked if journalists should leak video games, and your opinions on the matter were divided.

Honestly I’m split on this, on the one hand I think it’s a mistake to allow the publishers to control how information on their products get to the consumer especially when they’ve shown they’ll use this to control games journalists (I.E – Not giving out copies to people critical of them and their games)

but on the other hand a lot of people work hard on these games and it genuinely sucks when we deny them the opportunity to see the fans discovering their new projects for the first time.

The devs don’t like it and nor do the fans. Only the leaker benefits… but then again, I’m sure that in some ways it is like sawing off the branch that you’re standing on.