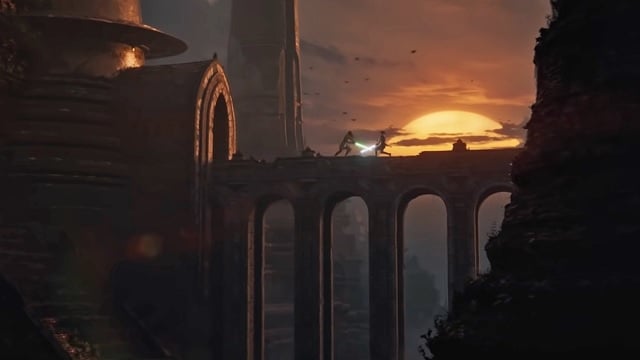 Over the weekend, Star Wars Eclipse story details emerged via a Sacred Symbols podcast transcribed by VideoGamesChronicle. Although the podcast – hosted by Colin Moriarty – was paywalled, trusted insider Tom Henderson claims that the info was part of a “controlled leak” (fancy term for a deliberate leak) by Quantic Dream made with the aim of gauging community reactions. The “leak” did reveal some controversial themes involving political and military aggression. And considering Henderson’s report came from the same sources who accurately revealed a number of details including Quantic Dream’s acquisition, we’re leaning towards it being true.

What we know about Star Wars Eclipse story

Moriarty claims (via VGC) that he’s seen documents which reveal that Star Wars Eclipse will feature one Sarah as a lead character from a new race called Zaraan. “It prides itself on political and military aggression and similar to what you find elsewhere in Star Wars there’s little differentiation between males and females when it comes to roles and responsibilities,” Moriarty said. “But, there’s an interesting wrinkle, when Zaraan marries, their nuptials carry interesting military implications as they become one governing unit that works together.”

According to Henderson, the controlled leak is also meant to aid Quantic Dream’s recruitment efforts. Make of this what you will.