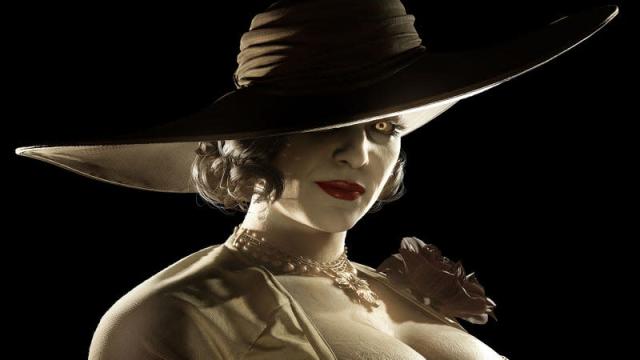 The upcoming Resident Evil Village update, arriving with the Winter’s Expansion on Oct. 28, will bring Chris Redfield, Karl Heisenberg, and Lady Alcina Dimitrescu to Mercenaries Mode. And while Lady D will maintain her impressive stature and powerful strikes, Capcom will be reducing her height so that controlling her won’t be too cumbersome.

Lady D can throw vanities at enemies too

The game’s director, Kento Kinoshita, explains the reason for Lady D’s slight reduction in scale in an interview with Polygon:

For The Mercenaries, it’s necessary that the player can control their character easily, and to make that possible we did adjust her height to a little under nine feet tall. At that height, the player just barely avoids bumping into the ceiling.

As far as Lady D’s moveset, the developers found that much of her behavior in the campaign was rather “normal” despite her being the size of a giant. But the moment where she throws a vanity left such an impression that they added the ability for her to lob furniture out of nowhere in Mercenaries mode. She’ll also be able to call upon her three daughters as an action.

Meanwhile, Heisenberg can attack at close range with his magnetic abilities, and Chris can wield long-range weaponry and punch enemies to a pulp. Kinoshita understands that he may just be a human with no superpowers, but he admits that “this is The Chris Who Punched a Boulder.” So the devs gave his punch a ridiculous attack radius to make it feel as powerful as it should be.