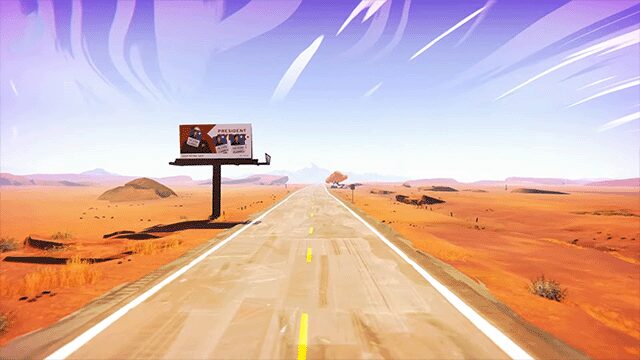 Road 96 from DigixArt centers around the plight of teenagers who are trying to escape an authoritarian nation by crossing the border. It obviously has more than just subtle ties to current events. The world is divided. Multiple refugee crises, political turmoil, war, homelessness, crime, and disease are running rampant. So, just as we’ve seen with music, literature, film, and art, it makes sense that a game studio would attempt to comment on at least some of those issues. Unfortunately, it ends up feeling more like baby’s first revolution than a poignant commentary on any particular topic. 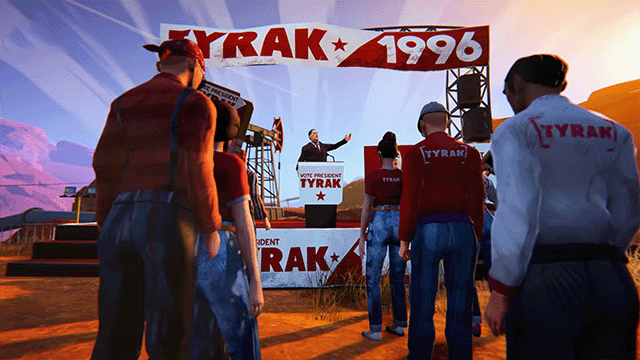 Throughout the story, you play as a faceless teen trying to escape the fictional nation of Petria. The President, Tyrek, has become increasingly authoritarian in his policies, and people are fleeing the country in response. The only thing is, I never really knew why.

Road 96 takes a rather juvenile approach to its commentary. You find out that Petria’s government is definitely overstepping its bounds and that Tyrek is a nasty dude. However, other than the suggestion that these teens have a troubled past and are homeless, there’s little indicator as to what you’re fleeing from other than a generally bad vibe. There’s no ethnic cleansing or religious persecution going on, and people seem rather free to travel other than crossing the border, and food and money are plentiful enough that people leave them out for you to snatch up.

For the most part, you just have to trust that bad things are going on. A secondary narrative concerns a failed revolution attempt that happened ten years before the game. Toward the end of the game, more concrete evidence surfaces that Petria is not the best place to live, but it seems a bit contrived and purposeless.

I would have liked to see Road 96 to be a lot less opaque in its commentary. It usually takes a lot to make someone flee their country, and very little of that is addressed here. I had a decent time playing Road 96, but playing a character without a background in a game that’s primarily political commentary makes everything fall flat.Non- 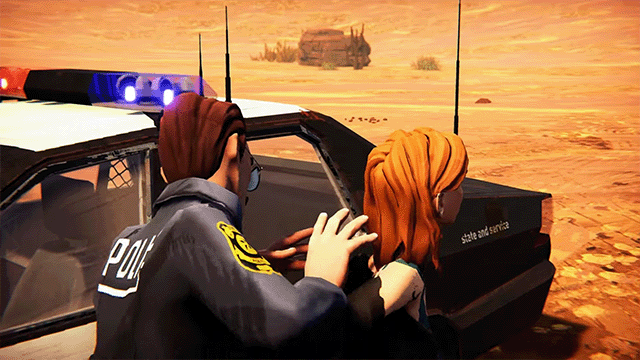 The game builds its narrative in a novel way. Unlike other adventure games is that each playthrough of Road 96 is procedurally-generated. One of the weaknesses of the adventure genre is that no matter how good a game is, the story unravels in a linear fashion, which leads to low replayability.

In theory, this is a great idea. You can enjoy the story multiple times without knowing how it’ll play out. However, in practice, it feels more like a proof of work. There are seven main characters in the game, and the objective largely centers around filling their story meters. Each trip to the border will give you a handful of encounters with them, and then you rinse and repeat until Election Day rolls around.

You won’t hear 100% of each character’s story in a single playthrough, which is what makes playing through the game again awkward. You might be missing one or two scenes from a character, but to get to them, you’ll have to sit through hours of repeated material to get there. There are some minigames and puzzles in some sections that make for a fun distraction, but there are a limited number of these.

The game is further stifled by the fact that your choices only lead up to three conclusions. Each decision contributes to one of three meters: revolution, vote, or apathy. Your nameless character also has very little agency, and they’re propelled along by the actions and thoughts of the seven major NPCs.

Road 96 feels like a strange blend of experimental and conservative game design. The procedurally generated narrative is a good idea and one I’d like to see used again. However, the overarching plot is political without being substantive. It’s a story that would likely have been best served following a linear structure with player characters that had rich backstories that firmly tied them to the struggle going on in Petria.

Adventure game lovers will have a good time with Road 96, though. The cast is a lot of fun, and it has enough twists and turns to make for an entertaining play. It’s definitely unique, and I hope that DigixArt continues experimenting with the genre.