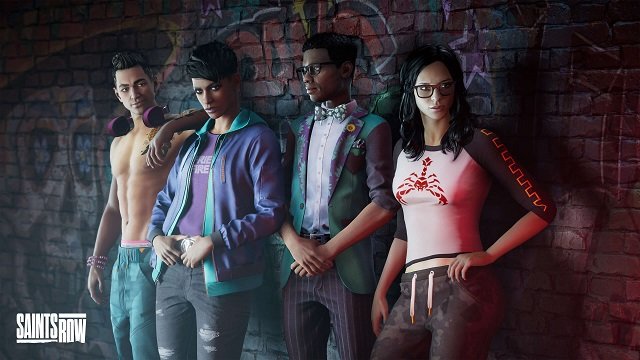 Saints Row will be launching worldwide on August 23 and preloads for eager PS5 and PS4 players will begin up to 48 hours before the game’s release, giving them a decent chance at jumping straight into Santo Ileso as soon as possible. The game looks like it may be a success for Deep Silver seeing as pre-orders are currently exceeding expectations.

When will Saints Row be launched?

#SaintsRow will launch on all platforms, world wide at midnight on August 23 wherever you are!

Preload is available on PlayStation 48 hours before, and on Xbox right now!

Unfortunately pre-load has not been possible on Epic Games due to some technical stuff – sorry! pic.twitter.com/oUP078qAbJ

Saints Row will be available at midnight local time on August 23 for PS5 and PS4 in all regions. Preloads of Saints Row can be started up to 48 hours beforehand, meaning PS5 and PS4 preloading should be available from midnight local time on August 21 in all regions. Those playing the game on Xbox series X|S or Xbox One can already start preloading the game, but those on Epic Games Store are out of luck as preloading isn’t available there “due to some technical stuff.” To be able to jump into the action even sooner, make sure to try out the Saints Row Boss Factory demo that allows players to customize their characters ahead of time before uploading them to the Cloud for transfer into their game.

The game looks like it’s going to be the latest hit for Embracer Group. As well as the overwhelming success of the Boss Factory demo and positive media previews, pre-orders of the game are currently at 118% of the company’s target and are meeting expectations. The news will be positive for developer Volition whose reboot of the franchise has taken a different direction with which players haven’t always agreed.

In other news, the latest rumor claims there will be a PlayStation Showcase in September and Helldivers 2 will be making an appearance. Elsewhere, PS Plus Premium players have been given more cause for complaint after the Rollerdrome timed trial is significantly shorter than has been advertised.

How To Fix PS Store ‘Something Went Wrong’ Error