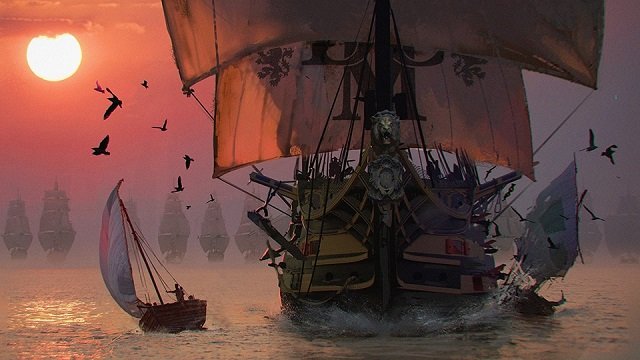 Skull and Bones finally got its first official reveal today since its two reboots, confirming the game’s release date and opening pre-orders for the game on PS5, Xbox Series X|S, Google Stadia, and PC. There was also the first look at gameplay, which can be completed by solo players or in co-op for up to three players.

Both editions of the game can be ordered at retail or digitally from the PlayStation Store for PS5. The standard edition is priced at $69.99 and the Premium Edition will set players back $99.99. Pre-ordering the game will get players the Highness of the High Sea Pack, which includes the Notoriety Garb captain outfit and Coronation Firework. The previously announced PS4 version of the game has now been canceled and is no longer available.

Players got the first glimpse of gameplay where they start as an outcast shipwrecked near to a pirate den and work their way up to being the most infamous pirate captain in the Indian Ocean. The above trailer gives a brief overview of missions, ship upgrades, infamy levels, and other opportunities players can find on the open seas. All content can be played in single player or in co-op for three players. There’s also the option to enable PvP gameplay for better rewards.

In other news, E3 will return to LA in 2023 and we’ve been promised “titanic AAA reveals“. Elsewhere, Rockstar has admitted the development of Grand Theft Auto 6 has been detrimental to that of Red Dead Online.