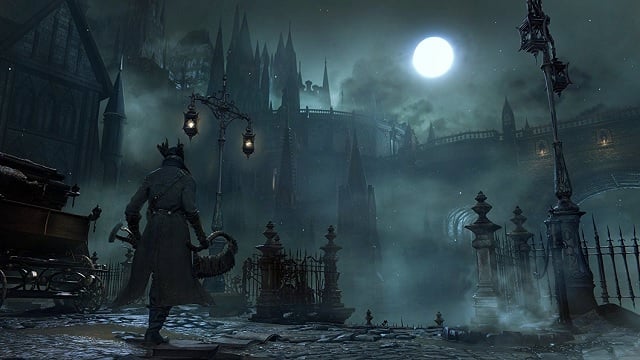 The official Sony Twitter account (not to be confused with the PlayStation handles) made a bit of a blooper last night by publishing a tweet that sparked Bloodborne 2 speculations again. The tweet in question posted a zoomed in photo of a part of Bloodborne’s box art, and casually asked fans “which PlayStation game cover are we zooming in on?” The replies were as crazy as you’d expect – ranging from people expressing their anger over a lack of sequel to fans speculating that an announcement is coming, prompting Sony to realize that it should have known better.

Bloodborne 2 has been a sore point for years

The sequel to FromSoftware’s finest and one of the best PS4 exclusives has been the subject of much debate among the PlayStation community. Many wonder why Sony continues to remaster everything under the sun while neglecting the IP to the point where even a 60 fps upgrade seems out of question. Any rumor we’ve heard about a Bloodborne sequel has been thoroughly debunked and the chances of a new entry certainly seem bleak.

It’s no surprise, then, that the tweet didn’t go down well and Sony’s social media team decided that it was best to just scrub its existence from the internet.

Final Fantasy 16 Release Date Is on Track for 2023