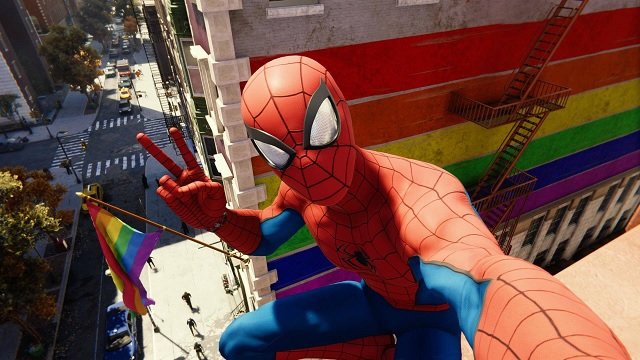 Popular modding sites have removed Marvel’s Spider-Man PC mods that removed Pride flags from the game alongside banning the user who created them. The controversy started sometime last week when a NexusMods user created a dummy account where they published a mod that replaced “Newton’s Prism’s artifacts with the stars and stripes,” meaning it replaced Pride flags with the flag of the United States. The mod became a popular download and attracted a number of homophobic comments before NexusMods banned the user. Another website ModDB followed suit.

Hi! We’ve removed the content and banned the users. ModDB is an inclusive environment for all and we do not permit targeting marginalised groups. Our content moderation is largely automated but when identified, we have a zero tolerance policy for this kind of content. https://t.co/0leqjUxqJD

NexusMods and ModDB attracted criticism from some users for removing the controversial mods. This prompted NexusMods director Robin “Dark0ne” Scott to issue a lengthy statement asking those critical of the move to delete their accounts. Scott pointed out that the user knew they were deliberately doing something against diversity and inclusivity to troll, which is why they created a dummy account in the first place.

“If we think someone is uploading a mod on our site with the intent to deliberately be against inclusivity and/or diversity then we will take action against it,” Scott wrote. “The same goes for people attempting to troll other users with mods deliberately to cause a rise. For our part, we will endeavor to do a better job of moderating our website to this ethos ourselves.”

Scott went on to say that those who are upset by this policy are free to delete their accounts and move on.

You can read Scott’s full statement on NexusMods. Neither Insomniac Games nor Sony Interactive Entertainment has addressed the controversy.

Days Gone Devs Not Happy With Choice of Actor