Capcom is offering a free trial of Street Fighter V: Champion Edition for all PS4 and PS5 players for a period of two weeks until August 14. The trial will allow players to try out the game itself, the Champion Edition Upgrade Kit, and all of the DLC characters released throughout the game’s five seasons.

What can players try out during the trial period? 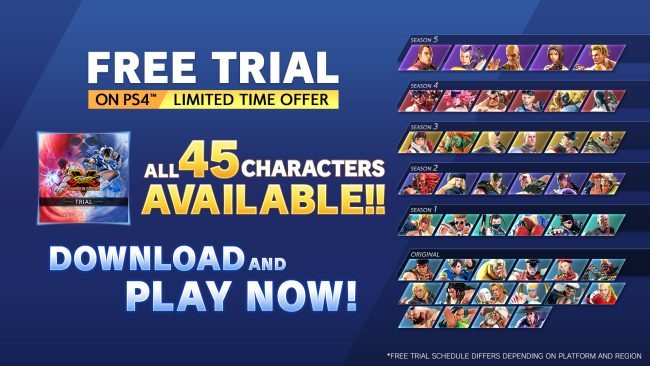 As well as the entire Street Fighter V game, the Champion Edition Upgrade Kit includes more than 2000 pieces of DLC, such as the 24 characters released throughout Seasons 1-4. There is also all of the stages and costumes released between Street Fighter V: Arcade Edition and the end of Season 4. Finally, the trial also allows access to the five characters released during Season 5. The only content players will not be able to try out is the Fighting Chance costumes, brand collaboration costumes, and Capcom Pro Tour DLC. The Street Fighter V: Champion Edition free trial can be downloaded from the Playstation Store right now.

In other news, today’s Stray update has stopped the cat from falling through the world at the worst possible time. Elsewhere, fans have made a concept trailer for the original God of War game remade in Unreal Engine 5.

Stray Update Stops The Cat Falling Through The World Today

Beyond Good and Evil 2 Gets a New Lead Writer