A leak on the PlayStation Store has apparently revealed the Tactics Ogre: Reborn release date for PS5 and PS4. Along with a lengthy description and a handful of screenshots, the entry for the game also reveals a bullet list of improvements that it will allegedly have as a remake of the 2010 PSP version of Tactics Ogre: Let Us Cling Together. The original classic released in 1995 on the Super Famicom.

What is the Tactics Ogre: Reborn release date? 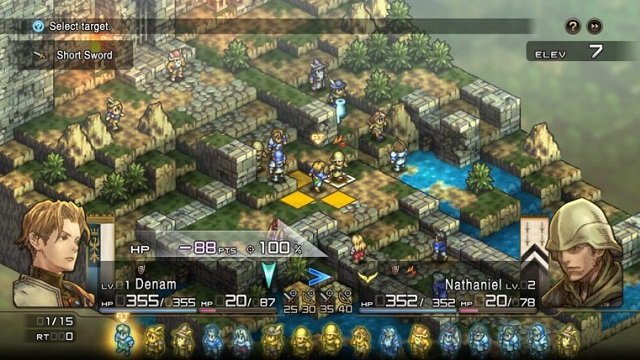 Tactics Ogre: Reborn is set to release on November 11, 2022, according to an entry on the PS Store price tracker site PSDeals. Take this date with a grain of salt, though, as Square Enix hasn’t even announced the game yet, with only a surprise trademark in Japan back in April this year. Trademarks don’t guarantee whether a game is in the pipeline, but this leak provides evidence that it indeed exists.

According to the full description of the remake, it will feature “completely revamped AI,” autosaves, controls and UI overhauls, and high-definition graphics. A unit-by-unit level system will be used instead of the class-wide level management system in the 2010 remaster. Cutscenes will be fully voiced in both English and Japanese, while the soundtrack has been re-recorded with live renditions. Otherwise, the RPG will retain much of what made the original great, including a choice-based story with multiple endings, the time-travelling World Tarot feature, and the Chariot Tarot system that allow you rewind moves in battle.

In other news, Stray has surpassed God of War to become Steam’s best user-rated game of 2022, and Fortnite x The Last of Us crossover rumors are “false” says Naughty Dog.