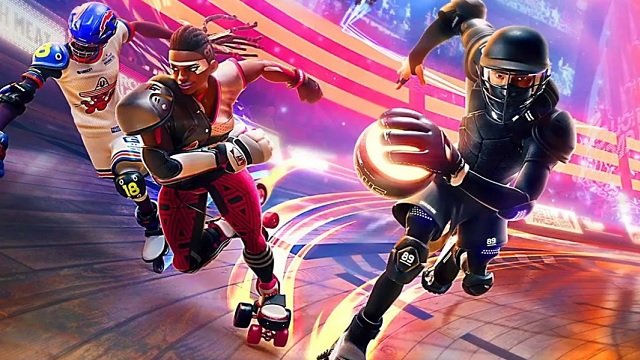 Ubisoft’s Roller Champions will reportedly be canceled soon despite launching in May this year. Giant Bomb’s Jeff Grubb has stated on the Xbox Era podcast that “Roller Champions is gonna be canceled after Season 3.” The third-person free-to-play 3v3 multiplayer game was first announced at E3 2019 and is developed by Ubisoft Montreal.

A Roller Champions cancellation would not be too surprising

Grubb claims that Roller Champions’ pending cancellation is “breaking news” and that he received the message the day before the podcast aired. Ubisoft has yet to comment on whether the game will not make it past season three as projected. If true, this would mimic the run of Hyper Scape, an Ubisoft free-to-play battle royale game whose online servers were shut down in late April this year after releasing on August 2020.

These claims of Roller Champions being canceled come after several setbacks for the game. In February, Ubisoft failed to mention the game in its financial results. Then in mid-March, Ubisoft Montreal, after nine months of relative silence, announced through a Discord message that it would be delayed past its initial release window of March 2022. That the developer chose to reveal the delay quietly through Discord, though, may show its low overall confidence in the game.

Roller Champions received mixed reviews upon release, with its average Metacritic score ranging from 61% to 69% depending on the platform. At the time of this writing, Roller Champions is ranked #459 on TwitchTracker with only 219 average viewers in the last seven days.

Last week, Ubisoft announced through an earnings call that Ghost Recon Frontline and three other games had been canceled, along with a delay of the much-anticipated Avatar: Frontiers of Pandora. These general cost-cutting measures have fans worried that the company is still looking to be acquired, perhaps by several equity firms.

In other news, a Black Panther game reportedly in the works is open-world, single-player, and developed by EA, and Stray has surpassed God of War to become Steam’s best user-rated game of 2022.

Black Panther Game Is Open-world, Single-player, and Made by EA — Report