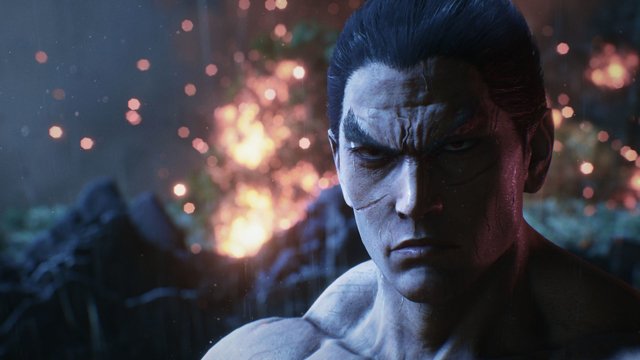 It’s easy to think that the Tekken 8 State of Play trailer looked too good to be true and you won’t be blamed for assuming that the reveal video was made up entirely of pre-rendered footage. Surely actual Tekken 8 gameplay won’t be running and looking that good when it launches on PS5 hardware? Well, according to Bandai Namco’s Katsuhiro Harada, yes it will!

Tekken 8 director Katsuhiro Harada has provided more details on what exactly viewers were watching during the State of Play reveal. He has explained that it was taken from the work-in-progress story mode and was “played on PlayStation 5.” He elaborates: “In other words, all the character models, backgrounds, and effects are the same ones that are used in-game.”

The Tekken 8 gameplay shown in the trailer was chosen to “[showcase] the quality of this game on PS5.” Visuals highlights include the newly-created playable character models, little details like how water droplets run down characters’ skin, and dynamic weather like tornadoes and waves.

Unfortunately, the Tekken 8 release date remains a mystery, with fans told to “Stay tuned” for updates.

During the recent State of Play, Tekken 8 was joined by a new God of War Ragnarok story trailer and Rise of the Ronin by Team Ninja.