Home Gaming The Chant Review (PS5): Is It Worth Playing? 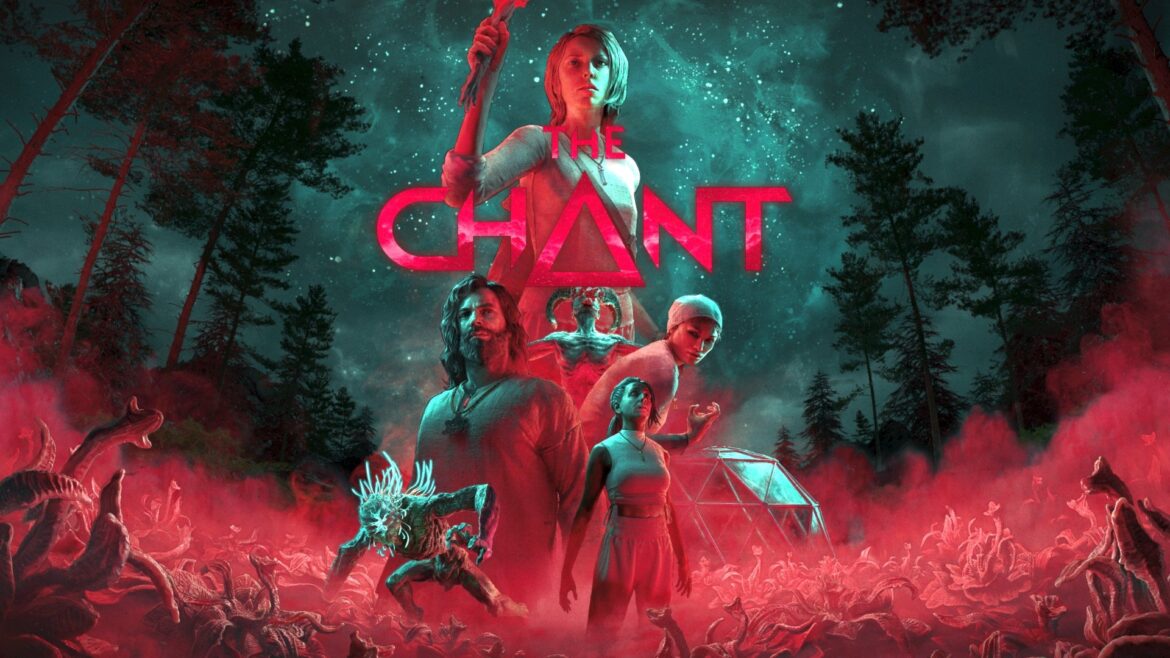 The Chant Review (PS5): Is It Worth Playing?

Halloween has come and gone, and developer Brass Token wants to keep the spooky season going with their November release of The Chant. After seeing a brief preview last month, we’ve run through the supernatural adventure game, and have our thoughts below. Time to see if the do-it-yourself attitude of Brass Token paid off in our The Chant PS5 review. 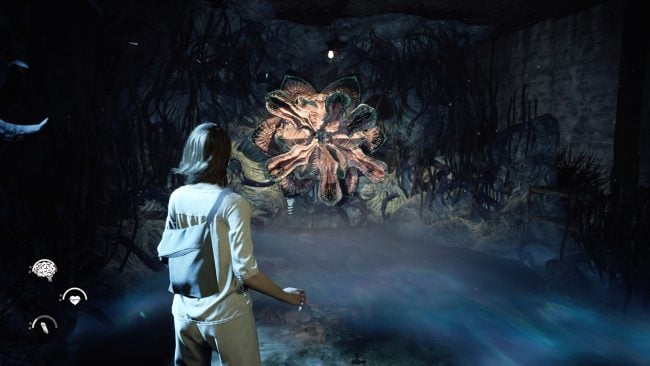 The Chant takes place ostensibly during present times, and the player assumes control of Jess, a working woman who specializes in biomedicine, yet suffers from PTSD due to some traumatic event in her past that involved her sister and (now ex) best friend Kim.

That friend has extended an olive branch and invited Jess to an island retreat called Prismatic Science, which takes place on the secluded Glory Island. Of course, since this is a horror game, everything goes sideways on the first night, and before she knows what’s happening Jess must fight for her survival while barefoot and barely equipped with anything.

The pace of the story is surprisingly quick at the start. It feels like Jess hardly gets settled before things go haywire. Enigmatic leader Tyler quickly devolves into a useless, whiny man-child, while other members of the cult-like retreat react in their own ways. Everyone has their own baggage that they hope to expunge during this retreat, something which Jess gets to literally run through as she acquires crystals, which grant her access to a dimension known as the Gloom. The supernatural aspects of this adventure show up very early, and Jess is a little too accepting of what she is seeing, given her background as a scientist.

The enemies that Jess encounters are otherworldly. Those that live within the alternate dimension known as the Gloom are some sort of unholy amalgamation that mixes plant life with humanoid creatures, along with floating jellyfish-like creatures and other aggressive plants. These enemies only show up within the Gloom, while other cult members wearing animal skulls can occasionally be found throughout the island.

As Jess is not a fighter by nature, she only has a few weapons available to craft, such as a sage stick or a bundle of sticks that are lit up at the tip, alongside various oils that she can either throw at enemies or lay down as traps. Most enemies can in fact be avoided, and there is even a trophy for getting through the entire game without killing a single cult member.

It’s a good thing not all enemies need to be killed, because combat in The Chant is not its strong suit. As mentioned, Jess is not a fighter, and as such her swings are slow and her dodge is almost ineffective. Double-tapping the circle button triggers what’s called a desperate dodge, where she falls back and crawls away from danger. It occasionally comes in handy but mostly is an exaggerated animation that you typically regret accidentally triggering.

All combat is short-range, and there is no way to tell the current health status of an enemy until they are defeated. This is fine for normal enemies, but later boss characters make it difficult to tell how close you are to defeating them, which can be frustrating. You can only carry three of each type of weapon or throwable, and the weapons degrade after a dozen or so successful hits. Holding L2 slows things down and allows you to craft more weapons or throwables, provided you’ve acquired the requisite resources, and pointing at any item automatically equips it, which is a nice touch but definitely takes some getting used to.

You’ll also need some time to get used to managing what’s essentially three separate health bars – Mind, Body, and Spirit. If any of these meters are depleted, Jess suffers various effects: Mind triggers a panic attack, whereby she cannot attack anymore and must seek a safer location, Body outright kills her, and depleting Spirit means Jess can no longer meditate to recover her Mind health. That last bit is important, as holding the cross button outside of combat allows for Jess to recover some mind energy, and if she’s near certain tables that sport large crystals then she can completely heal her mind almost free of charge. It’s not as complicated as it sounds, and getting a grip on maintaining three status bars isn’t too tough once you realize that only the Body stat really forces you to start over from the latest checkpoint. Jess can also carry up to two healing items in each of these three stat categories to recover, something which can be upgraded.

There are some light RPG elements in The Chant, and Jess earns XP for most actions in the game. Reading a piece of lore or watching a reel-to-reel tape on one of the game’s many conveniently-placed projectors earns Mind experience, while defeating physical enemies awards Body experience, and defeating Gloom enemies nets Spirit points.

At various times throughout the story, there are also branching dialog choices, which award three times the number of points compared to other actions. This is all tracked via the Stats option on the pause screen, which can come in handy if you’re chasing down one of the game’s endings. 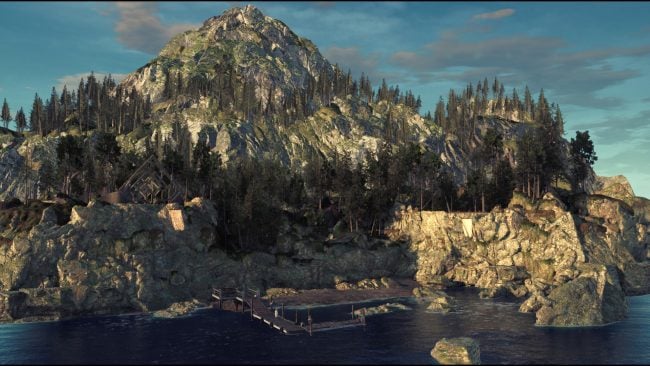 The Unreal Engine 4 hums along in the background, and while The Chant looks fine, it’s fairly average as far as the graphics are concerned. Brass Token did seem to pay special attention to skin texture, because as Jess and others get dirty, blood, dirt and other substances cake onto their bodies, collecting in crevices and wrinkles. It’s an interesting effect, though because the rest of the character models aren’t very realistic it can look kind of cartoonish at times. Perhaps owing to the average graphics, The Chant has no issues running at 60 frames per second on the PS5 no matter what’s going on.

Despite being a lower-budget title, The Chant does take advantage of some of the PS5’s features. The DualSense adaptive trigger functionality is used to attack – if you pull the R2 trigger a little, Jess will perform a light attack, while pulling it beyond the resistance point will result in a heavy attack. This is a neat mechanic, though in practice I was using heavy attacks all the time because most enemies don’t react quickly enough to Jess’ attacks to interrupt her. The LED also changes colors depending upon where Jess finds herself, often matching the color of the Gloom that she’s inside.

The Chant Review (PS5): Is It Worth Playing? – PlayStation LifeStyle 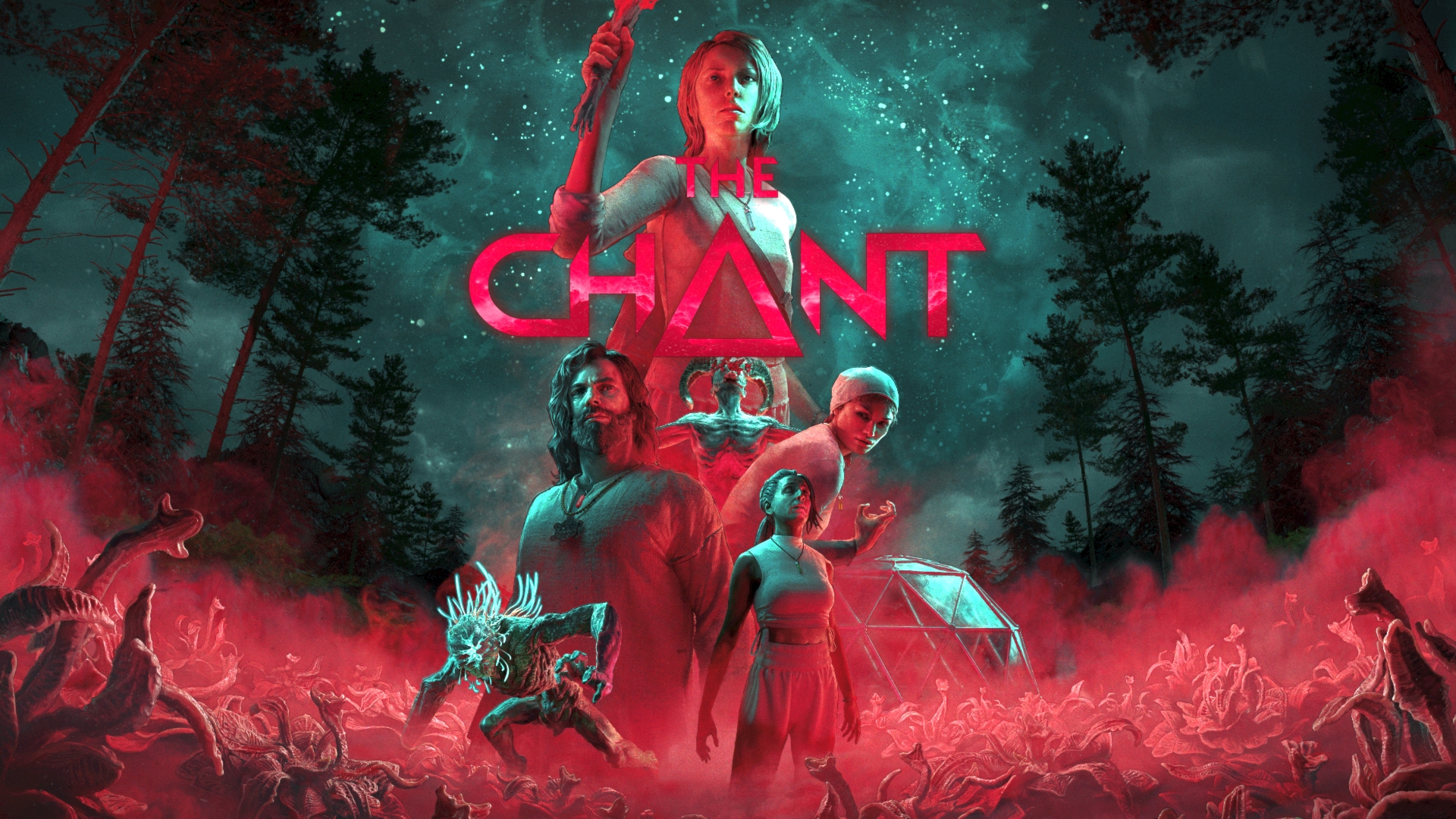 The Chant doesn’t overstay its welcome, and will be completed by most players in around eight hours on the Normal difficulty setting. There are three different endings, each dependent upon a single variable – how much experience you’ve gathered in the Mind, Body, or Spirit categories. Whichever has the highest number at the end of the game dictates which ending you’ll see, and some are definitely worse than others.

Unfortunately, other than starting a new game, there is no way to replay a section for that one piece of lore you missed or to choose a different branching dialog choice. Some of these more modern post-game options would have helped incentivize people to replay the game.

The Chant is a fine first offering from Brass Token. It may be a bit rough around the edges, but overall, this is the perfect thing to play for those long, dark nights coming this season. With a short playtime and three different endings to unlock, this should be fun for others to watch as well. It may not be the scariest game to release this year, but The Chant has a freaky design to its creatures that will unsettle some late at night. Balance your chakra and join in The Chant if you’re looking for a decent spiritual adventure.