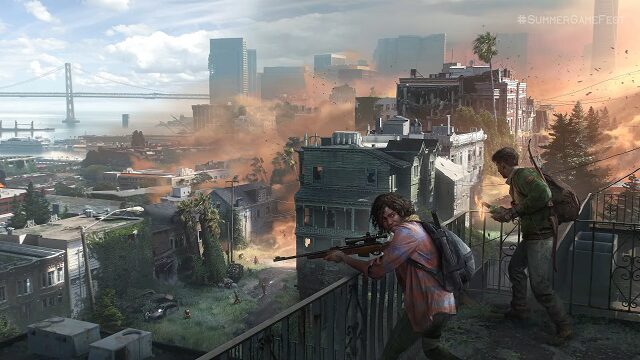 The Last of Us Multiplayer Is All About Live Service

The Last of Us multiplayer got a surprise mention at Summer Game Fest 2022 yesterday, and while we didn’t get the details we had hoped, we got our first concept art from the standalone game alongside some brief information about its scope and size. From the sound of things, The Last of Us multiplayer will be a big, ambitious release and one that’ll form part of Sony’s first major foray into live service.

“We can finally announce that we’re creating something much larger than a mode,” Naughty Dog said, referring to the original Factions. The studio claims that the game is “an extremely ambitious undertaking.” “We’re growing our studio significantly to ensure we build this full-scale, standalone game, with its massive scope and immense world, in a way that fans have come to expect from The Last of Us and Naughty Dog,” reads a post on the PlayStation Blog. “We aim to make our newest entry into multiplayer inviting to new players while still a thrilling challenge for more of our seasoned fans.”

Journalist and insider Jeff Grubb said as much recently when he claimed that The Last of Us multiplayer will be “very, very live service-y.” “They’re building all the services in so they can, like, swap in huge parts of it in and out,” he added. “Like, that’s what they’ve been working on and trying to make it bigger and bigger and more ambitious.”

This doesn’t come as a surprise considering Naughty Dog’s description of the multiplayer and the fact that Sony’s looking to deploy Bungie’s expertise to launch over 10 live service games by 2026.

In other news, here are all the PlayStation relevant announcements from Summer Game Fest 2022, and God of War: Ragnarok’s release status remains a mystery.