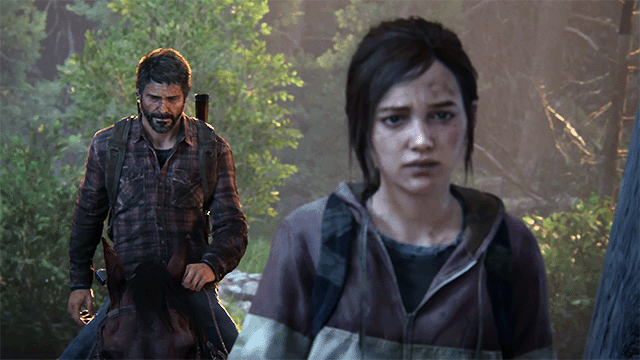 The Last of Us Part 1 Filesize and DualSense Features Detailed

Sony has revealed The Last of Us Part 1 filesize and DualSense features with an update to the game’s PlayStation Direct page. As we’d assume from a first-party Sony PS5 game, TLOU Part 1 will have extensive support for haptic feedback and adaptive triggers. It will also utilize the Tempest 3D Audio tech in the console to deliver more immersive sound on compatible output devices.

The Last of Us Part 1 filesize will clock in at a minimum of 79 GB. That’s almost double the remaster, which is 47 GB. However, The Last of Us 2 also takes up 79 GB, though it is a bigger game than the original. Unfortunately, with 4K textures and uncompressed audio becoming the norm, we can only expect install sizes to continue to bloom throughout this generation.

The Last of Us Part 1 is a complete remake of the original that aims to use the PS5’s power to bring a new level of realism that wasn’t possible when it debuted on the PS3. Part of that will be the use of haptic feedback and adaptive triggers on the DualSense. Here’s what the PlayStation Direct page has to say about them:

“Haptic feedback: The DualSense wireless controller supports haptic feedback for every weapon and environmental effects such as the sensation of falling rain.

Adaptive triggers: Feel dynamic DualSense wireless controller trigger resistance for all The Last of Us iconic weapons, including Joel’s revolver and Ellie’s bow.”

Unfortunately, we didn’t get a trailer or any details about changes to gameplay or the story (if any). However, it is good to know how much space we’ll need to have free to install it.

In other news, FromSoftware is working on several new games, and Square Enix thought about bringing Final Fantasy 16 to the PS4.