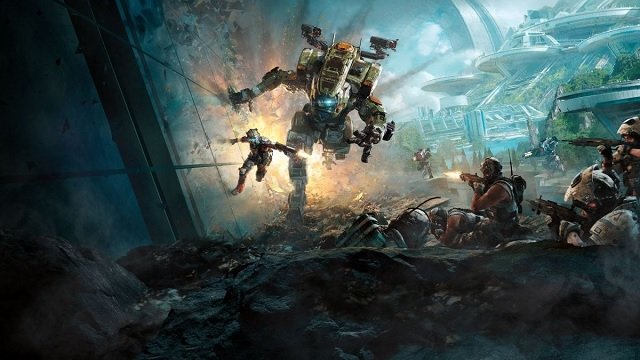 Placeholder boxes for Titanfall 3 have been spotted in a number of GameStop stores in Germany, with some fans reporting that they were even able to pre-order the game. A Reddit post went viral over the weekend and got everyone excited, but having looked deeper into this curious case, it looks like these boxes have been lying around in German stores going as far back as 2019.

Titanfall 3 was mentioned in the Nvidia GeForce Now leak

Much of the excitement stems from the fact that the famous Nvidia GeForce Now leak, which has been 100 percent accurate thus far, mentioned Titanfall 3. However, as other Reddit users have pointed out, folks in Germany have been sharing photos of the placeholder boxes in their respective stores for months now. Additionally, pre-orders can’t officially open until the game is announced.

“I work at GameStop in Germany,” wrote one user. “This is not a case of ‘probably means nothing.’ This 100 percent means nothing. We have pre-orders going back to 2019, and in case you’re wondering, yes, they will be honored if it eventually releases.”

As accurate as the GeForce Now leak has been, we wouldn’t advise holding your breath for Titanfall 3. Respawn Entertainment has been sending out mixed messages about the series, presumably because the decision to make a third installment lies with publisher Electronic Arts. Unfortunately, Titanfall 2 did not meet sales expectations so it’s unclear if EA will give it another shot. For now, one can only hope.

Contrary to what some folks are reporting, Titanfall is the very core of our DNA.

Who knows what the future holds…

In other news, six-year-old PS Plus game Furi is getting free PS5 upgrade and DLC, and Resident Evil’s Lady Dimitrescu actress Maggie Robertson has said that she would love a role in games like God of War.