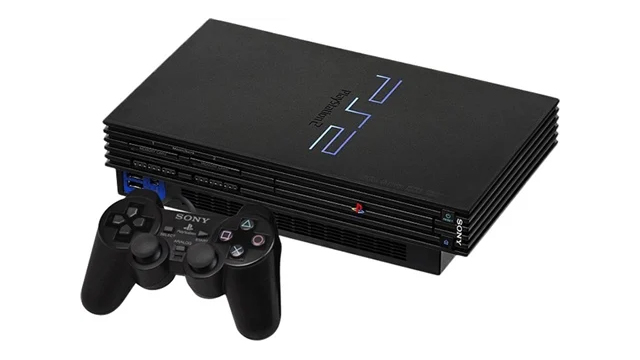 Today I Learned is a series where we dive into an interesting or head-scratching fact from PlayStation’s history that, as the title suggests, we didn’t know about until today.

We all know the PS2 was a supremely popular console that changed the landscape of the gaming industry, but one PlayStation fan in the U.K. took his appreciation of the system a little too far. Today I learned that back in 2002, a man from a small town in Oxfordshire legally changed his name to Mr. PlayStation 2.

Dan Holmes, a then-29-year-old Mail Order Manager from the English market town of Banbury, reportedly changed his name to Mr. PlayStation 2 a full two years after the console’s launch in the region. According to a BBC report at the time, Dan changed his name via deed poll, and even attempted to marry his console.

“I joked about marrying a PlayStation and asked a few vicars if they would do the service,” he explained. “They didn’t seem keen.”

According to the initial report, Dan “plays his computer for more than four hours a day” — 2002 certainly was a simpler time — and had spent £7,000 on games up until that point, or the cost of a single PS5 game in the U.K. 2023. Speaking to the newspaper The Mirror, Dan said that everyone teased him over his love of the PS2, so he considered that legally changing his name to Mr. PlayStation 2 was the next logical step. Obviously.

I’ve searched high and low for Mr. PlayStation 2, expecting that someone as clinically online as him back in 2002 would still have a decent web presence in 2023. However, I was instead directed to a number of loose ends, mostly consisting of Reddit threads also wondering where Mr. PlayStation 2 is now and if he’s kept the name.

But while I came up empty-handed in my quest to have a conversation with Mr. PlayStation 2 in 2023, I believe I may have found a convincing lead that confirms he didn’t keep the name for long.  In 2007, the Oxford Mail published a story about brothers Dan and Justin Holmes, who had set up a job transporting goods for the antique industry. In this report, it’s noted how 35-year-old Dan previously worked in eCommerce — a line of work that would include Dan’s job as Mail Order Manager. It’s noted that the brothers work just outside of Banbury, and given the five-year gap between the two stories, him being 35 years old when forming this new antique business would make sense.

If this is the Dan Holmes of Mr. PlayStation 2 fame, it seems he changed his name rather sharpish. Considering this was the same year that the PS3 launched in the U.K., it’s probably for the best that he moved on quickly.