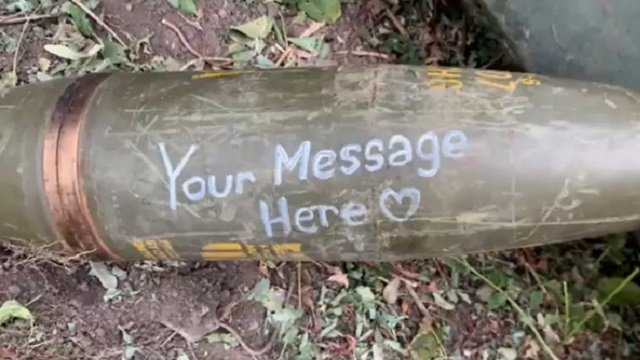 Frogwares, a Ukrainian developer headquartered in Kyiv, has begun a contest on Twitter that will give winners the ability to write a custom message on live Howitzer shells from the 24th Separate Assault Battalion. While every message will be subject to the developer’s approval, Frogwares will send each winner a photo of the message on a shell “proudly presented” by the troops. The contest was started to help out with promoting the studio’s Kickstarter campaign for the remake of Sherlock Holmes: The Awakened, which will release on PS4 and PS5 in February 2023.

A few days till Sherlock Holmes The Awakened Kickstarter ends.

To help out, our friends in the 24th Separate Assault Battalion will write a custom msg of your choice on 152mm howitzer shell. Just ♥️ and 🔁this tweet and we’ll pick 3 random winners.🧵 pic.twitter.com/SP91PccYaq

Some users are shocked at the post and have responded negatively, with one user writing, “tell me this is a joke? This isn’t to be used to potentially KILL and MAIM people?” Another who supported Frogwares for years but can’t anymore after seeing this campaign said that “games have always been a thing to unite various people of different nationalities, views and upbringing. What are you trying to do is just sickening.” Yet another has reported the tweet for “inciting dangerous practices” for “glorying war through video games.”

Others defend the contest by emphasizing that these are Ukrainian developers trying to support their home country in a war against Russia. One reply reads, “But currently, we are just trying to fing survive and ask sane people for help. So the gamers from Europe would be able to judge from the safe and warm place.” For another user, the contest isn’t about glorifying war, but “about glorifying the defence of the country which is under 24/7 shelling.”

The Kickstarter campaign will be ending within two days and has already reached more than $232,000 in funds, completing all of the developer’s planned stretch goals. Any money given to the campaign beyond $215+ will be used to secure the team’s “safety and future.” As for why Frogwares continues to make games during the war, the company provides a statement in the Kickstarter that reads: “For those of us on the team not serving in the military or with various humanitarian aid organization, the only way we can fight back is by keeping our team creating.”

In other news, Assassin’s Creed Mirage has been officially announced with more details arriving September 10, and Microsoft insists that Call of Duty PlayStation versions will be the same as Xbox’s.

Silent Hill Reveal May Be Arriving Later This Month