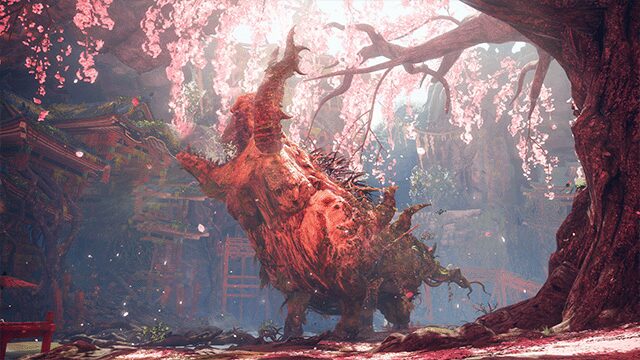 I recently got a chance to preview the first couple of hours of an alpha of Wild Hearts. EA and Koei Tecmo (Omega Force) confused me when they announced the title as a “hunting game,” as if there were a wide genre filled with competition. It’s not — Wild Hearts is a Monster Hunter clone. But that’s not an insult.

Imitation is the sincerest form of flattery, and nowhere is that more true than in the video game industry. The important aspect to examine is how it interprets its inspiration — what twists does it bring to the table? What does it do better or worse? 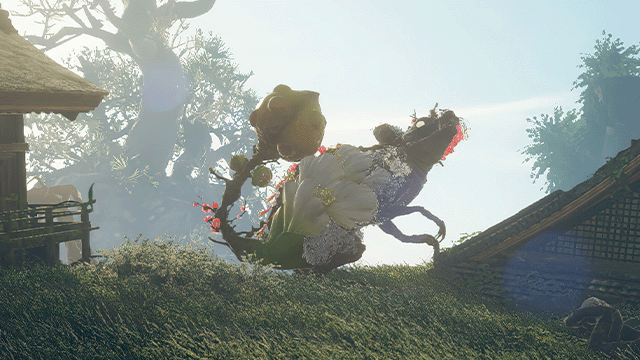 The premise is extremely similar to the past few Monster Hunter games. Monsters, called Kemono in-game, are threatening the local ecology. These giant beasts invade territory and terraform it to meet their needs, destroying the existing environment and pushing native species out. The threat is apparently so severe that human settlements are threatened, and Kemono Hunters roam Azuma, a province in a fantasy feudal Japan, taking down monsters for honor, glory, and personal gain.

Unfortunately, the unique aspects of Wild Hearts hinder the monster hunter formula more than help it. The big feature that sets it apart is the Karakuri. These are pieces of tech you can slam down whenever to assist you in battle, set up base camps, make crafting stations, or traverse the environment.

Using Karakuri in battle is where I felt most frustrated. You can stack these spectral boxes on top of each other and use them to jump and attack your foes. Alternatively, they can be used to construct barricades (once you unlock the ability) or to stumble charging monsters. However, I felt they disrupted the flow of combat.

In Monster Hunter, there’s a definite flow to each fight. You have to stay mobile, continually keep aware of a monster’s position and learn when to make a move. You also have to consider the moveset of your weapon, how to activate its mechanics, and which parts of the monster are most vulnerable. Combat in Wild Hearts’ alpha felt like it lacked the same amount of nuance. Most of the time, you’ll just be trying to build three boxes so you can jump off them and do the most damage. 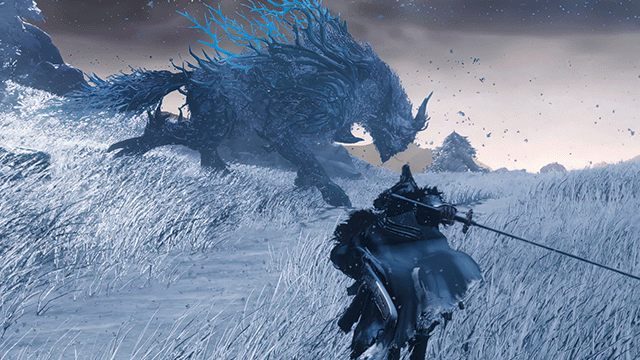 The environment in Wild Hearts feels more akin to Monster Hunter World than Monster Hunter Rise. It’s wide open and contains plenty of verticality and underground locations. However, it doesn’t feel alive in the same way World does.

Take the way you track monsters, for example. In Wild Hearts, you build a Karakuri tower to scan for them. In contrast, tracking in Monster Hunter World has you following scratch marks, dung, footprints, and other clues to find a beast. It’s little things like that which make the game come to life, and Wild Hearts feels more functional than imaginative when it comes to how you begin your hunt.

I only got to scratch the surface of what Wild Hearts has to offer, and I hope there’s more the game does to set itself apart from Monster Hunter. It’s obvious that you’re intended to play this game at a faster pace, which isn’t necessarily a great direction for a game like this. However, if it leans into getting you into the action quicker, it might be a winner for those who think the hunts in Monster Hunter are long-winded at times.

Despite my misgivings about the game, I do remain optimistic that it’ll be fun. Maybe it’s time that monster hunting does become a genre. There are only six months until its February 17, 2023 release, and I hope Omega Force can get it right in the time it has left.