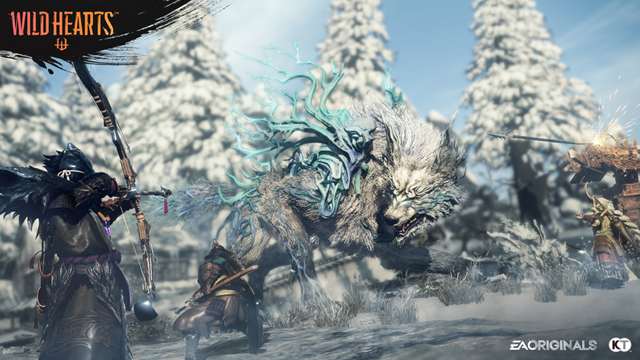 Wild Hearts has been revealed with a gameplay trailer. This new Omega Force game takes what the developers learned from making the Dynasty Warriors franchise and applies it to the monster hunting genre. Created in partnership with EA Originals, Wild Hearts aims to take players on epic adventures set in a fantasy world inspired by feudal Japan.

The gameplay trailer shows a range of ancient technologies used to battle the giant beasts that players will face.

Players won’t have to fight solo, as Wild Hearts will have “seamless co-op.”

With the game having only just been revealed, players can expect much more information as we get closer to the February 17 release date.