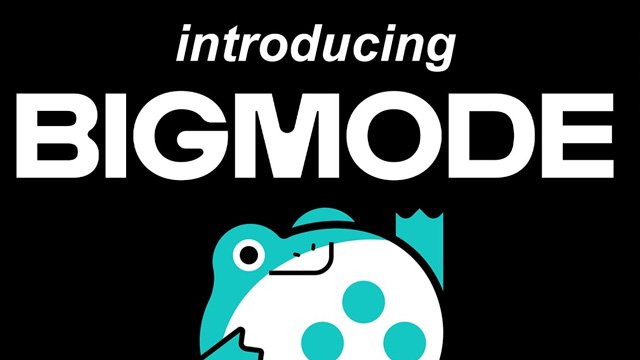 YouTube videomaker Dunkey, real name Jason Gastrow, has announced that he will be launching his own independent video game publishing company, BigMode, alongside his wife Leah. However, some developers and critics aren’t sold by the YouTuber’s new venture.

Dunkey made the reveal via his popular YouTube channel videogamedunkey, announcing that he wanted to lead a game publisher that would also serve as his own “seal of approval.” As Dunkey explains it, he’s spent his YouTube career highlighting many of his favorite indie games, so now he wants to get involved in the development process. Speaking on the value of working with BigMode, he said: “Many of the true games out there are being drowned out in a sea of mediocrity. You need someone who can help you be seen.”

But the reaction to BigMode’s unveiling hasn’t been entirely positive. Mixolumia developer Dave Hoffman criticized the YouTuber for equating playing games with being able to publish them, tweeting: “lol dunkey starting a publishing company with the ethos ‘i have played so many games i know what makes them good and bad so i will only publish good ones’ about to learn some stuff the hard way.”

They added: “remember when [Dunkey] dinged yooka-laylee for being made in unity, that wasn’t even that long ago. imagine that guy feeling qualified to ‘have a say’ in your game’s production because he made big bucks on youtube.”

hey man I respect Dunkey for trying to start a publishing business and wish him & his partner the best, but for fuck sake lads it’s 2023 – we gotta drop the naive shtick that having opinions on games is a qualification for understanding just about anything about development.

However, the reaction to BigMode’s unveiling wasn’t entirely negative. Celeste developer Noel Berry noted that if Dunkey wanted to “throw money at indie games” this was a positive thing, even if the YouTuber could learn some hard lessons along the way:

i genuinely think dunkey has a good eye for fun design, and if he wants to throw money at indie devs, why not? sure they might hit some hard realities of making games but like… that’s how you learn.

Dunkey and Leah have yet to reveal any games that BigMode is publishing, with the company’s official site saying that they are “working on it.” There is also a link in which prospective developers can apply to BigMode to have their game funded.

In other news, Saints Row’s publisher has noted how it isn’t pleased with the game’s polarizing reception. Also, it was revealed that the Splinter Cell Remake’s story is being rewritten and updated for a modern audience.