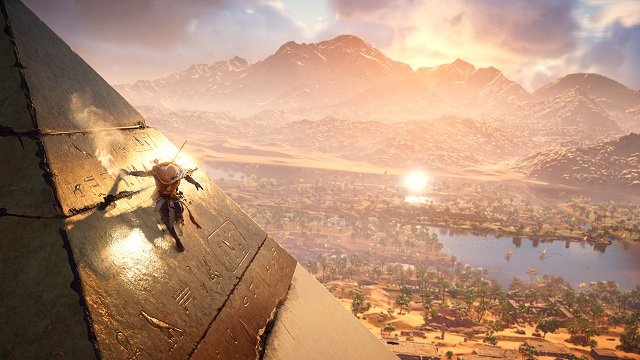 Ubisoft has revealed that the Assassin’s Creed Origins preload is available now before the game’s free weekend. Players will able to access the full version of Assassin’s Creed Origins starting June 16 at 9: 00am and ending on June 20 at 9: 01am, as automatically adjusted to your local time. The game can be preloaded for PS5, PS4, PC via Ubisoft Connect, Google Stadia, Xbox Series X|S, and Xbox One.

As revealed by the official website for the upcoming free weekend, players will be able to explore ancient Egypt and experience the origin story of the Assassin’s Brotherhood as Bayek of Siwa, one of the co-founders of the organization. Once the event is over, any progress you make through the game will carry over if you decide to purchase it outright.

At the time of this writing, you can purchase Assassin’s Creed Origins through the PlayStation Store in three different versions. The standard version costs $8.99, discounted from $59.99 until June 22. The Deluxe Edition costs $69.99 and comes with the Deluxe Pack that includes the “Ambush at Sea” mission, three extra ability points, and The Desert Cobra Pack that grants an extra outfit, two legendary weapons, one legendary shield, and one mount. Also until June 22, the Gold Edition is currently discounted at $59.99 (from $99.99) and includes everything in the Deluxe Edition along with all content in the Season Pass. For additional savings, those who have a PlayStation Plus subscription only need to pay $19.99.

For more news, rumors say that the PS5 Pro controller is coming, and the new character model for Tess in The Last of Us Part 1 remake looks amazing.