Home Gaming Babylon’s Fall PS5, PS4 Copies Being Given Away for Free in Some Stores 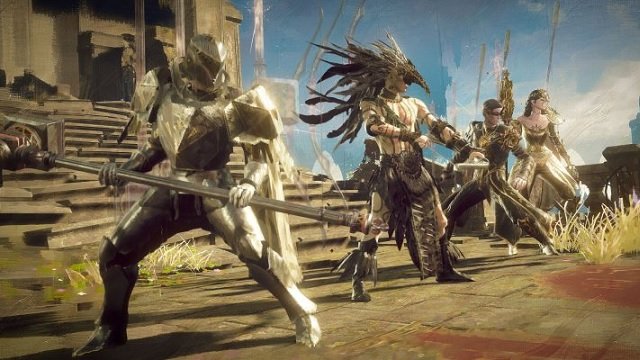 In case you want a free coaster, head over to your nearest GameStop store to find out if they’re handing out free Babylon’s Fall PS5 and PS4 copies. Following the announcement of the game’s server closure, the U.S. retailer apparently started binning the discs, which is its policy for games that cease (or will cease) to exist and become unplayable. It wasn’t long ago that some GameStop outlets handed out copies of BioWare’s live-service flop Anthem, and Babylon’s Fall has followed suit.

Despite reassurances that it’s committed to Babylon’s Fall, Square Enix decided enough was enough last week, and understandably so. The game barely had any players and it certainly doesn’t make sense to continue incurring server costs for a few determined folks. But the publisher is kind enough to keep servers up for another five months. Babylon’s Fall has already been pulled from digital and physical shelves.

Free is free so if you want to round up a few folks to play, here’s your chance to make memories in what is now PS5’s first console exclusive flop (at least Godfall is up and running despite mediocre reviews).

“With the desire of delivering an exhilarating online multiplayer action RPG set in an elaborate high fantasy world, we launched the game’s official service on Thursday, March 3, 2023, and have continued to undertake additional development and operations,” PlatinumGames wrote in a statement. “However, it is with deep regret to inform you that we will be terminating the game’s service on February 27, 2023.”

In other news, Sony rolled out PS4 system update 10.01 today, and God of War Ragnarok apparently weighs 90 GB on the PS4.