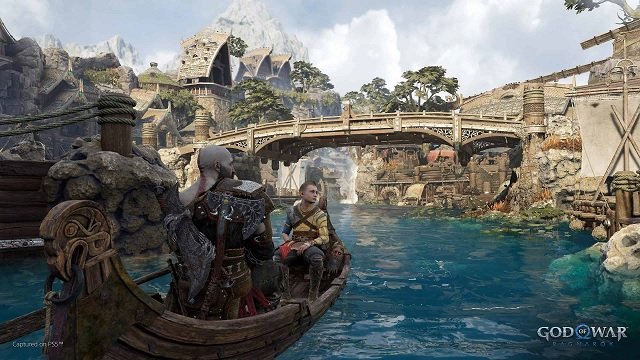 God of War Ragnarok PS4 version apparently weighs a whopping 90.6 GB, according to folks who’ve digitally pre-ordered the game on the last-gen console. Screenshots of the locked download screen were shared on sites like Reddit, which have been corroborated by the trusty PSN back end scraper PlayStation Game Size on Twitter. It’s unclear how much the PS5 version will weigh as size depends on a number of factors including region, but it looks like the PS4 version might come on two discs like The Last of Us Part 2.

About God Of War Ragnarök Size :

Since its a little too early for a day-one update to appear on servers, the aforementioned size could change. For those who might not be aware, European versions of games tend to weigh more than North American versions due to the inclusion of various language packs and localized content. Additionally, a day-one update might end up compressing the size as opposed to increasing it.

Nevertheless, God of War Ragnarok appears to be a chunky game, and understandably so given how graphically-intensive it seems to be. While we don’t have its PS5 size, the current-gen console does benefit from compression technology. That said, it’s not necessary that God of War Ragnarok’s PS5 size will be smaller, if Horizon Forbidden West is anything to go by.

We’ll update our readers when we have more information. In the meantime, get that dust out of your PS4 unless you want it to toast your room while playing God of War Ragnarok when it releases on November 9th.