Home Gaming Choo-Choo Charles May Be Coming to PS5, Xbox Consoles Too 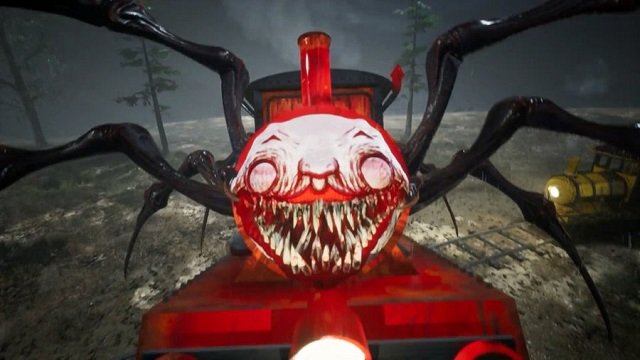 Choo-Choo Charles May Be Coming to PS5, Xbox Consoles Too

Open-world indie horror title Choo-Choo Charles is a game where you’re a puny human who owns a small yellow train to get from place to place. The catch is that the world is terrorized by a bloodthirsty spider train known as Charles, and you’re the one tasked with taking him down. The game was originally coming solely to PC, but developer Two Star Games has said Choo-Choo Charles will “maybe” come to PlayStation and Xbox consoles someday, possibly PS5 and Xbox Series X|S.

Will Choo-Choo Charles come to PS5?

Choo-Choo Charles made its latest appearance at the Day of the Devs Summer Game Fest show with the latest look at its open-world horror gameplay. Commenting on the trailer, Two Star Games’ Gavin Eisenbeisz confirmed the game is currently “for pc gaming” but “maybe Xbox and PlayStation someday”. Polygon is currently reporting this will mean PS5 and Xbox Series X|S consoles, but it seems like this is far from certain.

The game is currently targeting a 2022 release date, but a recent developer diary video explained that there was still a fair amount of development still to do. As well as making the game world more interesting through environment design, collectibles, and side missions, there’s also the need to finalize the story before adding custom music and voiceovers. The real challenge will come in the alpha and beta testing, though, and depending on how many issues appear during this stage is whether the game can realistically hit its 2022 target or will be moved back to 2023. Only then can it be assumed any possible console versions will follow.

In other news, the rumored Crash Bandicoot multiplayer game has a test build that includes ten characters at the moment, according to the latest reports. Elsewhere, pre-orders of The Last of Us Part I Firefly Edition have apparently already sold out in less than 24 hours.