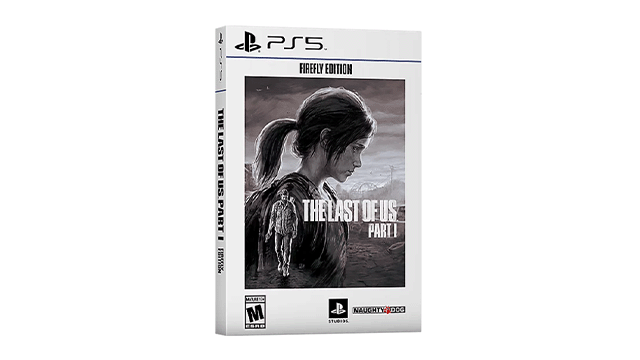 The PlayStation Direct exclusive The Last of Us Part 1 Firefly Edition pre-order is sold out already. It’s been less than a day since the remake was announced, and fans have already snapped up the entire supply of the most expensive version. Since it wasn’t advertised as a limited run, we’ll hopefully see more copies come back in stock soon. 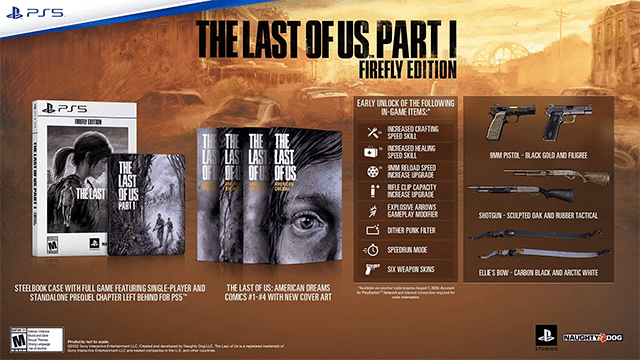 When it leaked that the Last of Us Part 1 to be a full-price title, fans were a bit surprised. However, this didn’t stop the $99.99 Firefly Edition from selling out. This version includes:

The standard physical edition remains available on PlayStation Direct. Also, the digital standard edition, and digital deluxe edition (which includes the unlocks above) can currently be pre-ordered on the PlayStation Store.

Here’s how Rochelle Snyder, Senior Manager of Communications at Naughty Dog, describes the new additions that are coming with The Last of Us remake in a PlayStation Blog:

We’ve implemented modernized gameplay, improved controls, and expanded accessibility options in this single-player experience to allow even more individuals to enjoy the game. Effects, exploration, and combat have all been enhanced. Leveraging the PS5’s powerful hardware, we also implemented 3D Audio*, haptics, and adaptive triggers. Both returning fans and new players alike will have the opportunity to experience both The Last of Us Part I and its prequel story Left Behind in a whole new way.

We don’t have long to wait to join Joel and Ellie on their revamped journey. The Last of Us Part 1 releases on September 2, 2022.

In other news, God of War Ragnarok looks on track to release in November, and here’s how to check how many hours you’ve played on PS5.

Choo-Choo Charles May Be Coming to PS5, Xbox Consoles Too