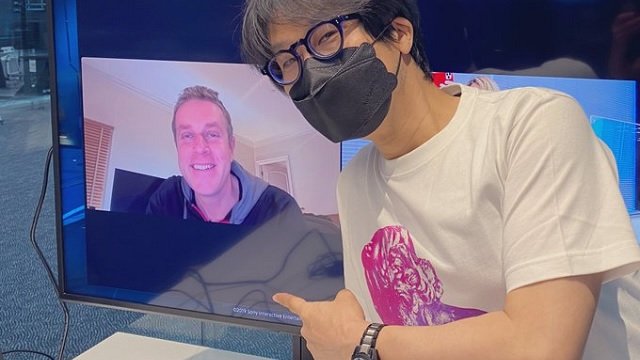 A new tweet by Hideo Kojima’s personal assistant has given fans hope that the recently-outed Death Stranding 2 will make an appearance at the upcoming Summer Game Fest 2022. We advise putting your tin foil hat on for this article because it mentions Kojima Productions, Hideo Kojima, and Twitter in conjunction with fan theories.

Why fans think Death Stranding 2 will be announced soon

The aforementioned tweet by the Kojima Productions’ staffer shows the maestro himself in a video call with Summer Game Fest organizer Geoff Keighley. While it’s no secret that Keighley and Kojima are old friends, the timing of this tweet is peculiar. Then, there’s this (click for the full pic)…

Will Geoff show off the kojima exclusive horror game? pic.twitter.com/DE931a5KwH

We told you to put your tin foil hat on.

Now, Kojima is no stranger to trolling fans but we wouldn’t be surprised if Death Stranding 2 is actually unveiled at Summer Game Fest. In 2021, actor Norman Reedus confirmed that negotiations for a sequel were ongoing and two weeks ago, he revealed that the game has already entered production. Neither Sony Interactive Entertainment nor Kojima Productions have officially announced Death Stranding 2 but Kojima’s tweet below following Reedus’ confirmation is pretty telling…

No article about Kojima is complete without mentioning Blue Box Game Studios, so here’s a gem:

On a serious note, Summer Game Fest kicks off on June 9th. We’ll be sharing updates with our readers so stay tuned.

In other news, rumored Silent Hill 2 remake developer Bloober Team has confirmed its appearance at Summer Game Fest 2022, and as promised, Assassin’s Creed Origins is getting a patch to add 60 fps support very soon.