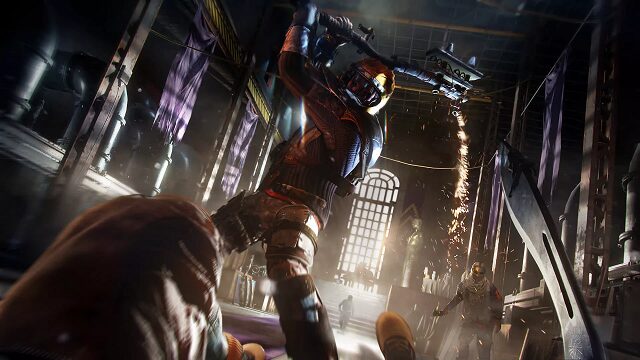 Techland has given us both good news and bad news today. The good news is that there is a new Dying Light 2: Stay Human update coming next month that will introduce the long-awaited Photo Mode as well as a new game chapter. The bad news is the promised Dying Light 2 story DLC has been delayed and will no longer be arriving in June. 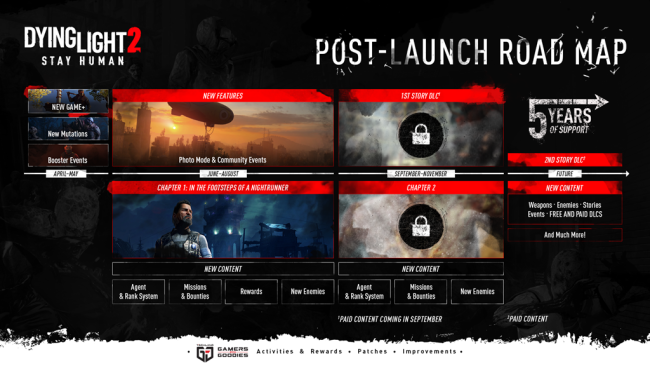 The first story DLC for Dying Light 2: Stay Human has been delayed until September. In a message to fans, Techland explained how they “need a bit more time” to make sure the DLC gets “the absolute highest level of polish”:

Your feedback has always been our top priority. That’s why, at Techland, we strive to be as open and as honest with you as possible.

Over the last few months, we have focused on adding some of your most requested features, such as New Game + mode, FOV slider for consoles, and many co-op improvements. On top of that, in June, we will introduce the first game Chapter entitled “In the Footsteps of a Nightrunner,” filled with content and events, as well as the highly anticipated photo mode.

That being said, we need a bit more time to develop the first story DLC, which is now planned to be released in September.

We apologize for the delay, but we firmly believe that our community, fans, and gamers deserve to receive some truly unforgettable experiences.

We want the first major story DLC to meet your expectations by giving it the absolute highest level of polish.

Thank you for your trust and support,

As mentioned in the statement, Dying Light 2 will still be getting a content update next month. At some undisclosed point in June, the first game chapter, titled “In the Footsteps of a Nightrunner,” will be released. This will add an agent, rank system, a mission, bounties, new enemies, and rewards. The update will also add the promised Photo Mode and community events.

The second game chapter will arrive sometime between September and November 2022. This will also add an agent, rank system, a mission, bounties, and new enemies. The chapter doesn’t currently have a name. For the rest of the five-year roadmap, Techland promises a second story DLC, weapons, enemies, stories, and more events. There will likely be more added as time goes on.

In other news, Epic has joined forces with Sony to identify the issues causing input latency for PS5 fighting games built using Unreal Engine. Elsewhere, the Dead Space Remake has gotten a release date for early 2023.

PS How? How To Connect PS5 Controller to...