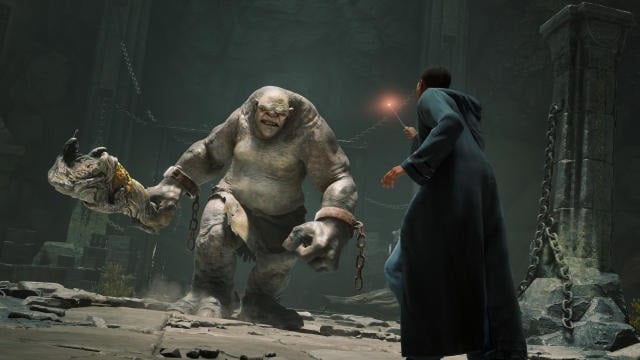 Some fans are worried that Hogwarts Legacy only “targets” 60 fps using PS5 Performance mode instead of running at a stable 60 fps. Several users on the PS5 Reddit and NeoGAF noticed that the official announcement from WB Game Support on the graphics modes for PS5 and Xbox Series X|S says that the Fidelity mode “runs at 30 fps” but that Performance mode only “targets 30 fps.” Some also point out that this official breakdown for graphics lacks detail, with the page missing information on intended resolutions.

While the page states that VRR is supported for PS5, one user on Reddit with a high number of upvotes says that a targeted 60 FPS with VRR really means an “unstable 50-60fps for non-VRR displays.” Another user believes that the use of the word “target” means that developer Avalanche Software didn’t optimize the game for PS5.

That said, it’s important to note that many developers say “targeted” for 60 fps, even for high-profile games like God of War Ragnarok. The supposed reason is a legal one, since stating that a game has a “locked” or “stable” 60 fps could have a publisher or developer face a potential lawsuit, frivolous or not, if the framerate dips below 60 fps at any point.

Beyond that, it’s also concerning that the page does not yet have information on what the framerate and resolutions will be for PS4. Hopefully, that information will become available before the PS4 release date for the game on April 4, 2023. That’s about two months after the PS5 release date of February 10, 2023, which does not include the 3-day early access for those who have the Deluxe or Collector’s Edition of the game.

The Last of Us HBO Max Subscription Discount Being Offered