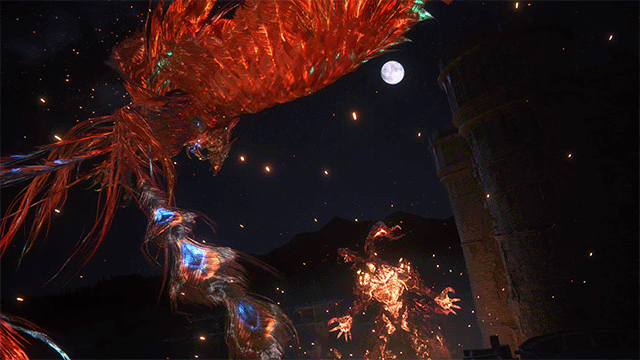 According to producer Naoki Yoshida, Final Fantasy 16 doesn’t have turn-based combat because it doesn’t appeal to younger generations. While that combat system was a series staple for almost two decades, recent Final Fantasy games have moved to a more hands-on, live-action approach. So, while it’s not surprising Final Fantasy 16 continues down that path, at least we know why Square Enix has been moving away from turn-based combat.

Yoshida voiced his thoughts about the Final Fantasy 16 combat system in the latest issue of Famitsu (translation via VGC). He stated that his generation grew up with turn-based RPGs, and they realize how immersive those games can be. However, he realizes that many newer gamers don’t understand the attraction of selecting commands from a menu.

According to Yoshida, the evolution in consoles has pushed RPGs toward real-time combat. Modern platforms can instantly render a character’s actions and don’t have to use a turn-based system to represent a battle.

It’s the same feeling as not utilizing an open world: if you have a good idea, you should approach it, but if you feel differently and think ‘it’s better not to have a command system’ instead, I don’t mind.

From this, I think it is definitely possible that the next Final Fantasy may also utilize a command system again, or be an open world game. However, at this point, if we were to develop it, Final Fantasy XVI will be like this.

We’ll get to try the combat system for ourselves when the game launches in Summer 2023 on PS5.

In other news, God of War: Ragnarok’s framerate and resolution details have leaked, and Skate 4 will be a free-to-play game.