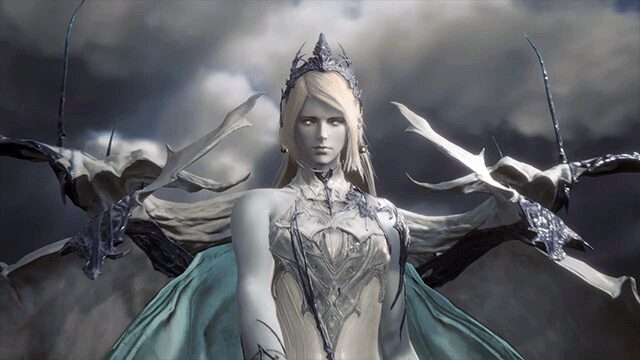 We finally got the promised Final Fantasy 16 trailer in today’s State of Play and a release window for the game. The trailer, titled “Dominance,” focuses on the clash between the Dominants who can take the form of powerful summons called Eikons. It also gave us a peek at combats and introduced us to two major characters.

Square Enix revealed a release window of Summer 2023 for Final Fantasy 16 and showed off a small bit of combat in the latest trailer. It appears as though the game has (at least) two modes of combat. There’s a regular on-foot style that is reminiscent of Final Fantasy 7 Remake and a dual style between two Dominants that is more cinematic.

We also got to meet two more of the Dominants in the trailer. Their names and histories were included as part of an accompanying PlayStation Blog post.

The first is Hugo Kupka of the Dhalmekian Republic, Dominant of the Eikon Titan:

Permanent Economic Adviser Hugo Kupka’s meteoric rise to prominence was sudden, if not unexpected. Once a nameless foot soldier in the Republican Army, his awakening as Dominant of the Eikon Titan thrust him to the forefront of Dhalmekian politics. It was here he used his newfound position as the most powerful man in the republic to exert influence over both the nation’s armies and its policy making—amassing a personal fortune in the process. Yet while it is said that a man who has everything wants for nothing, Benedikta Harman will teach him money and power are far from all the world has to offer.

The second is Benedikta Harman from the Kingdom of Waloed, Dominant of the Eikon Garuda:

Having emerged from the storm of youth coldhearted and ruthless, Benedikta Harman—Dominant of the Eikon Garuda, Warden of the Wind—turned her talent for swordplay and subterfuge into a command of Waloed’s elite intelligencers. It is on a mission to find the elusive second Eikon of Fire that she crosses paths with a like-minded Clive and is forced to face her past.

In other news, Resident Evil: Village is coming to PSVR2, and Stray got a release date.