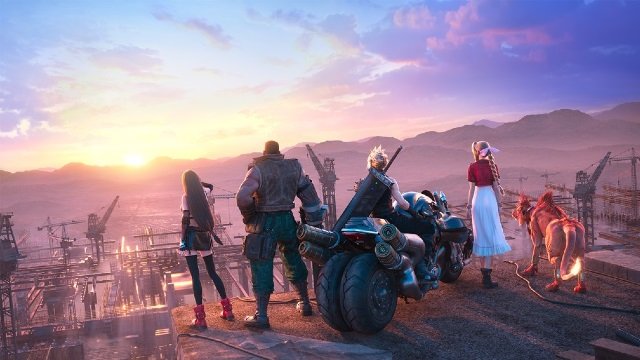 Square Enix has revealed a FF7 25th Anniversary Celebration broadcast which may include a teaser for Final Fantasy 7 Remake Part 2. Expectations for news on this remake should be tempered considering that the presentation will only be 10 minutes long, but there’s not much else that would cap off an milestone anniversary quite like this. The broadcast is scheduled to air on June 16 at 15: 00 PT / 18: 00 ET / 23: 00 BST on Square Enix’s official YouTube and Twitch channels.

The likelihood of seeing FF7 Remake Part 2 in the broadcast

Join us next week for around 10 minutes to celebrate 25 years of @FinalFantasy VII: https://t.co/y074ldZMhg

Co-stream the broadcast and share your reactions with #FFVII25th. Please be excited. pic.twitter.com/DskOd2CxQj

After announcing the Save the Date PSA of the broadcast through the tweet posted above, the account quickly posted a self-reply that added a brief statement from veteran Square Enix game designer Tetsuya Nomura. He says:

We will be streaming “FINAL FANTASY VII 25th Anniversary Celebration”. At only around 10 minutes long, it will be short and sweet, but we have packed in lots of information, so I hope everyone can look forward to the unveiling.

The tweet also comes with three hashtags, with one being #FF7R, hinting that there may really be an announcement about Final Fantasy 7 Remake Part 2. The first tweet does ask fans to “please be excited,” adding to the hype train. Some fans wildly speculate that there might be news that the remake will be released on Xbox consoles or that Crisis Core: Final Fantasy VII could be getting a full remake treatment too.

Given that this is a celebration encompassing everything related to Final Fantasy 7, it’s more likely that there will be news pertaining to Final Fantasy VII: The First Soldier, a mobile battle-royale game that’s already in its third season. We may also see more gameplay footage of Final Fantasy XVI, which was featured last week in Sony’s State of Play, but that’s likely not in the cards.

In other news, speculation suggests that there will be another PlayStation State of Play arriving later this month with an announcement of God of War Ragnarok’s release date, and The Last of Us multiplayer is apparently a major part of Sony’s live service efforts.

Speculation Suggests A New State of Play in June, May Include God of War Ragnarok Release Date