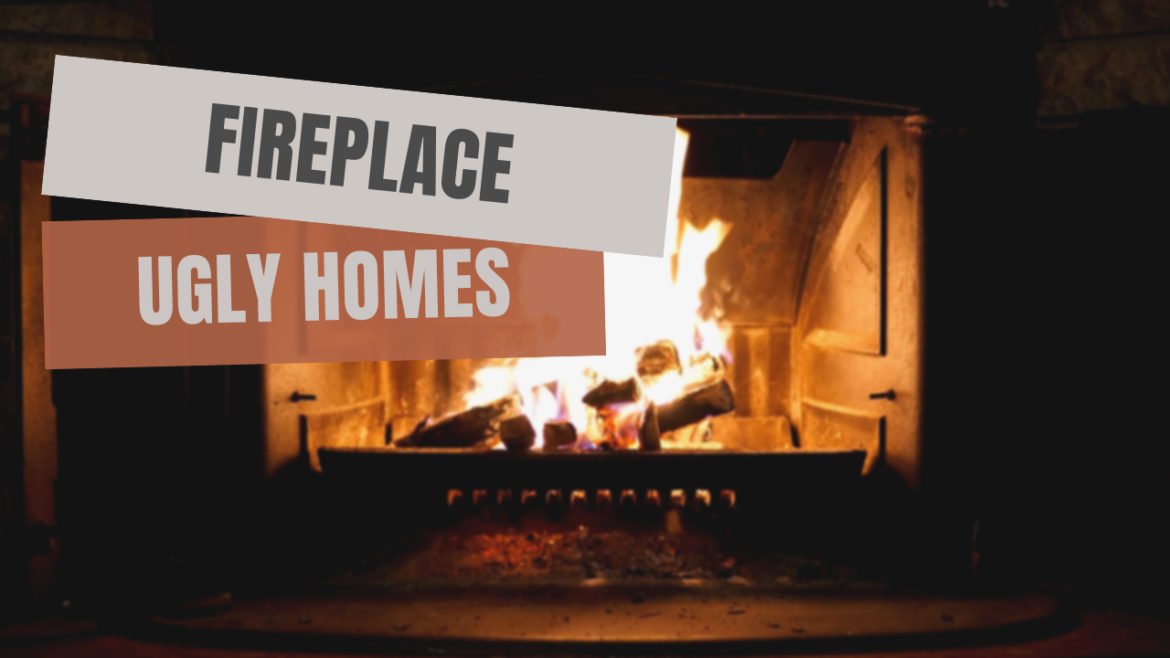 There’s a fireplace hiding behind the clutter. 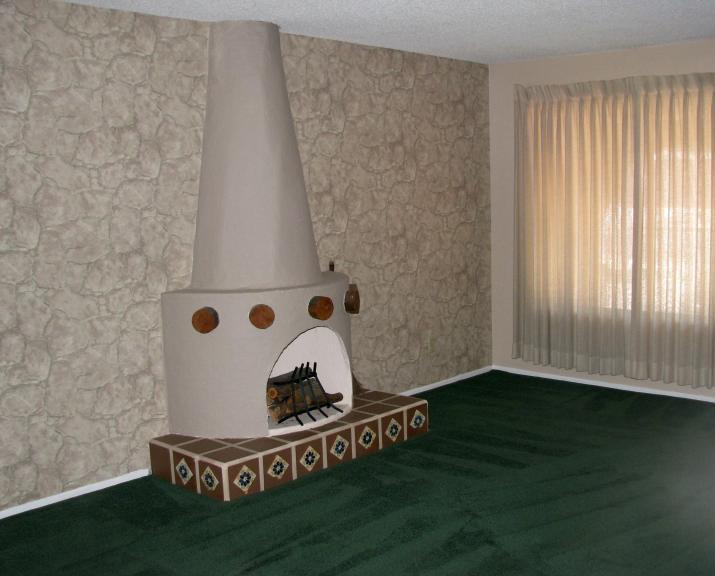 Two fireplaces in this house. Check out the free-standing metal one on the left. 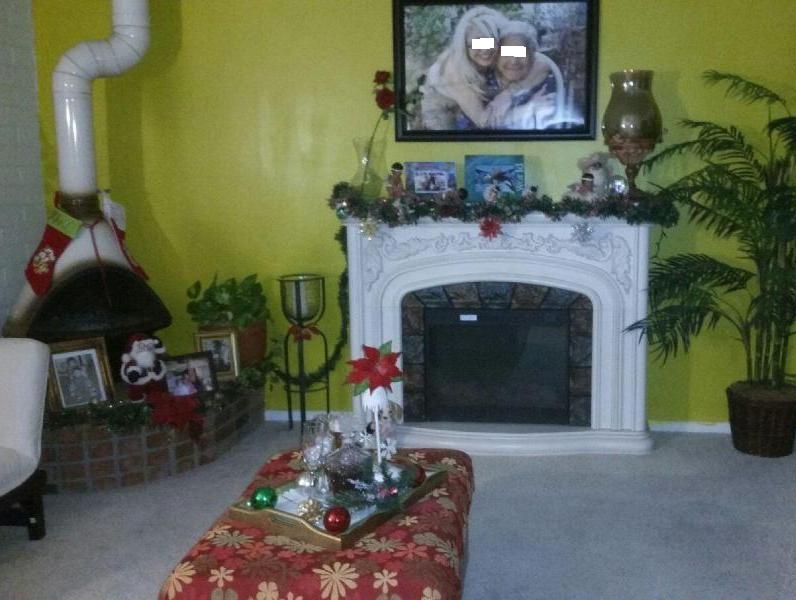 Yesterday we featured entertainment/media niches.  Today we have a fireplace plus a media niche.  Double the fun! 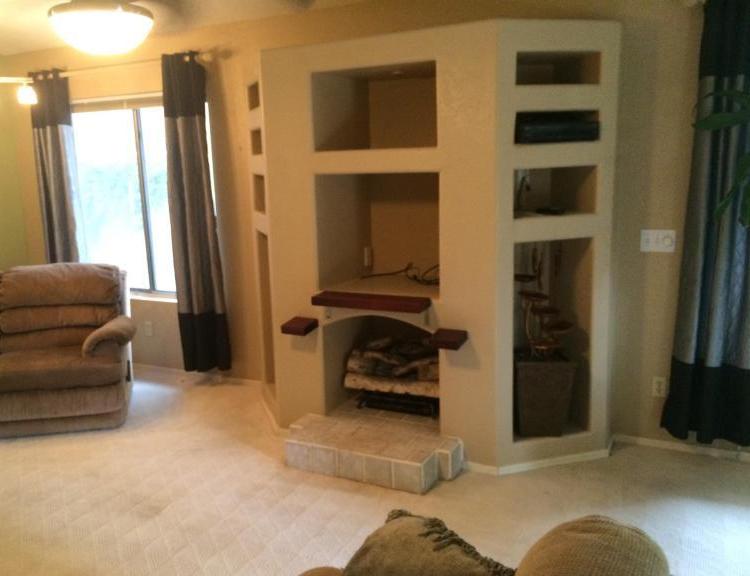 You can see the electric outlets in the cubby holes.  The fireplace is probably fake.  If not, would you want the fire’s heat rising up on the TV? Thank you to our anonymous donor for this Grove City, Pennsylvania home’s photos.  In our first photo, the seller is sitting down, waiting for buyers.  He also has a rifle on display in case buyers dare offer less than the asking price.

At least there isn’t a silly pot rack hanging in the middle of the kitchen.  Thank you. 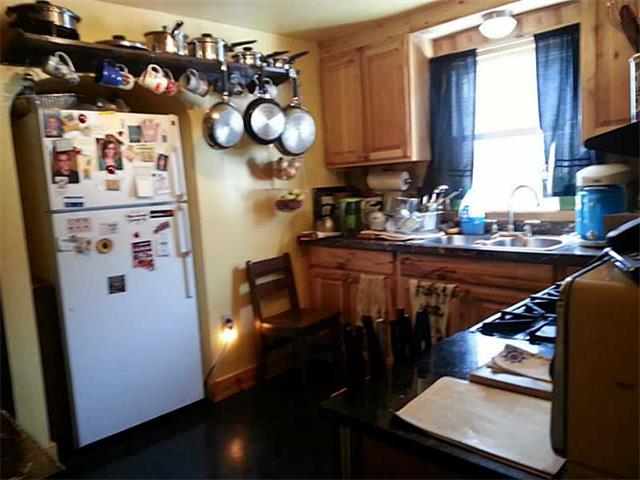 Some tidying up around this house would help a lot. 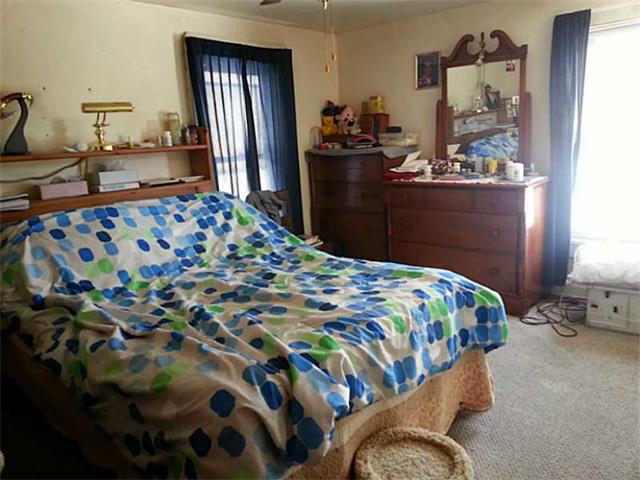 Unnecessary items should be put away. 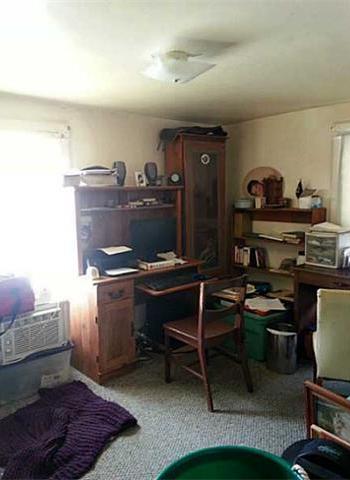 Let’s clear off the shelf and around the toilet. 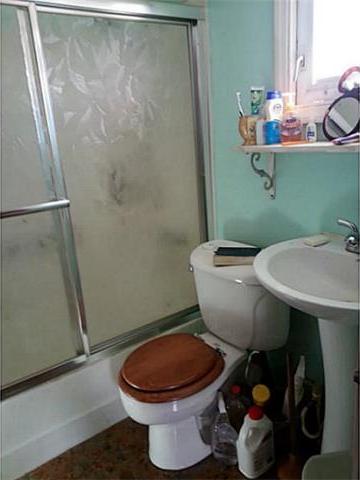 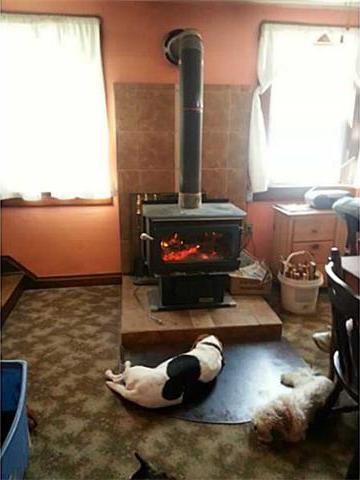 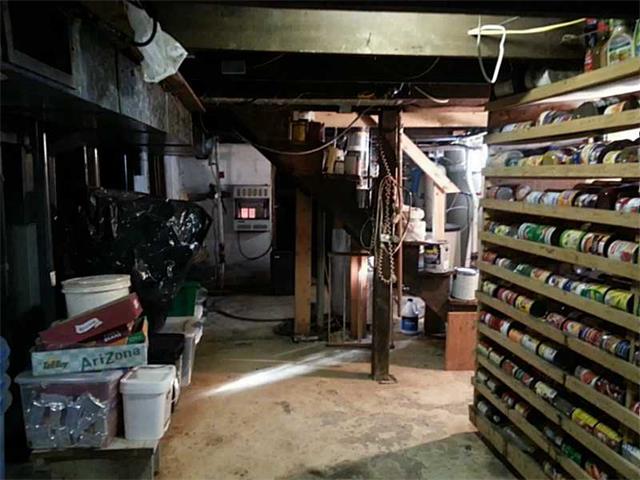 At Least the TV Was Turned Off

A smorgasbord of visual treats for you.  So much to take in. 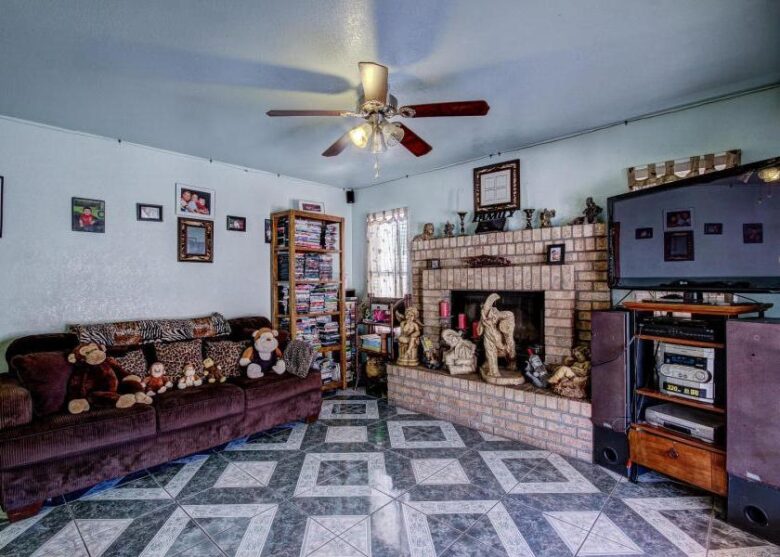 Those are some serious knots! What happened to the kitchen cabinets? 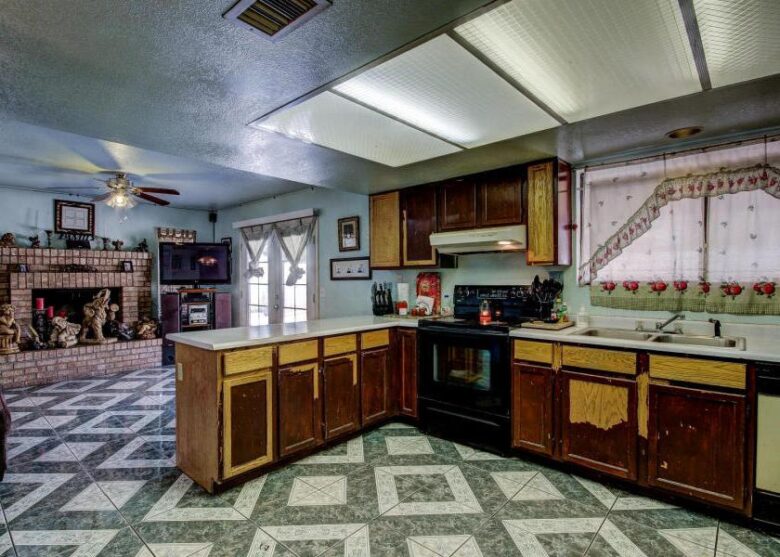 Explain why the belt is hanging there in the kitchen.  Is it to scare the kids into behaving? 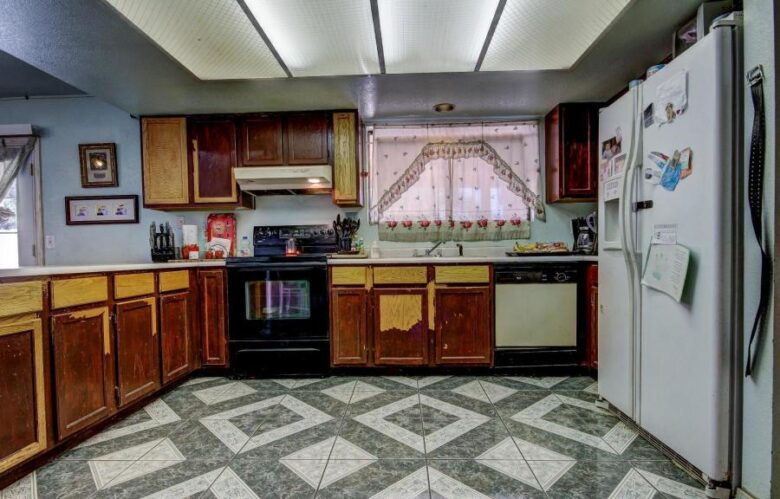 The Dog Days of August

Caged dog, waiting for the summer heat to end. 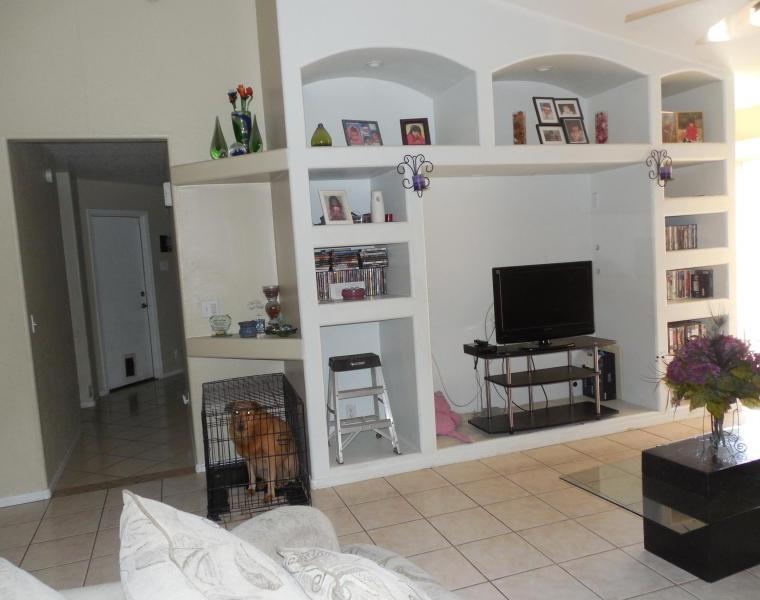 Another caged dog by a fireplace.  Is this a fire dog? 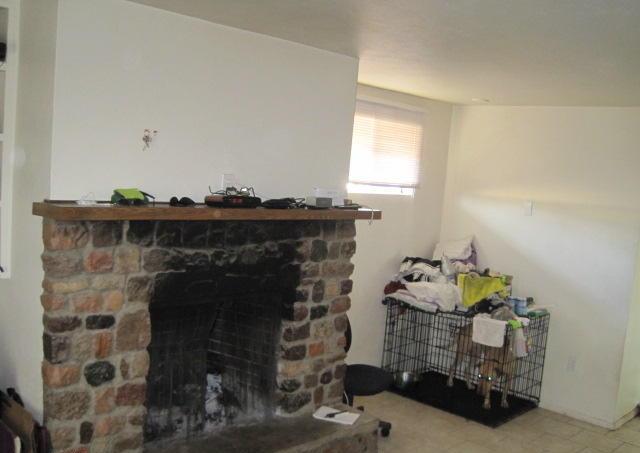 Two dogs near a dead tree.  Is that a dogwood tree? 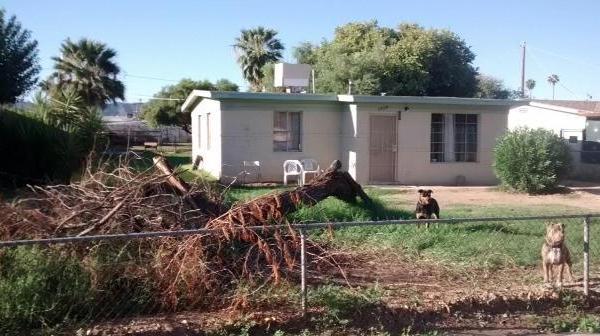 Dachshund (wiener dog) in this house.  It is a hot dog? 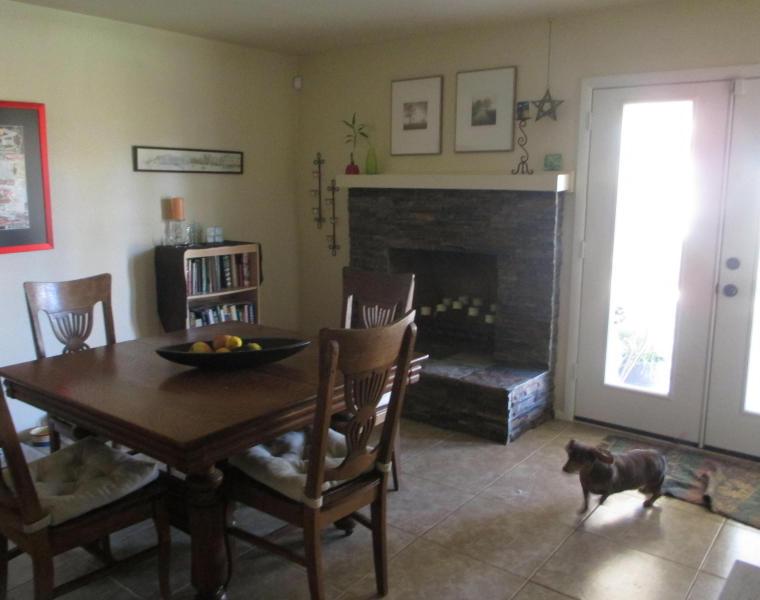 Dog on a bed, ready for a nap.  Because he’s dog tired? 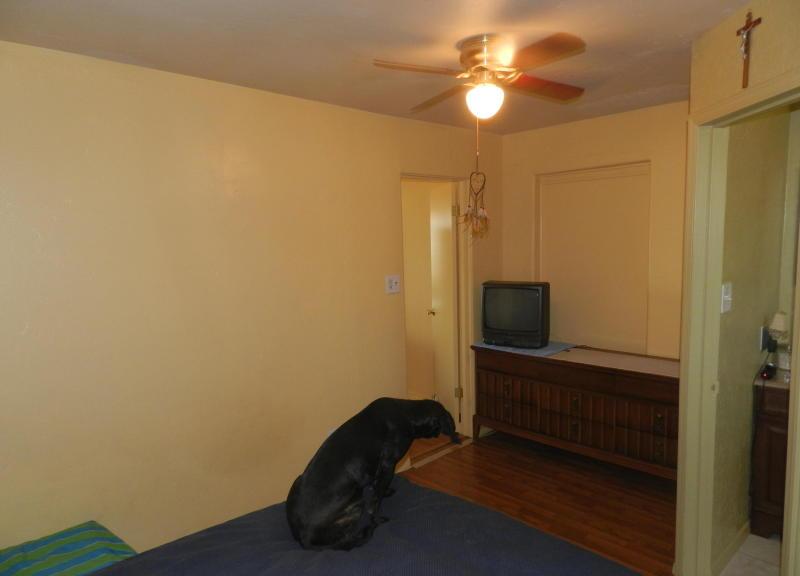 Should the fireplace screen, the brick surround, the cabinets, the mirror, and the ceiling fan be updated or left alone before selling? 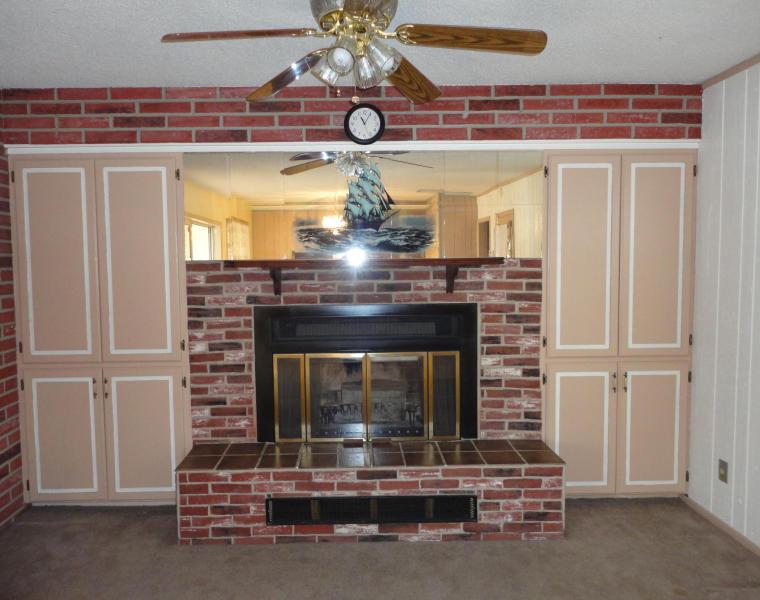 So much to see, besides the fireplace.  Lots of dust too. Dog cages.  Inversion table.  Clutter.  How do you walk around this room? 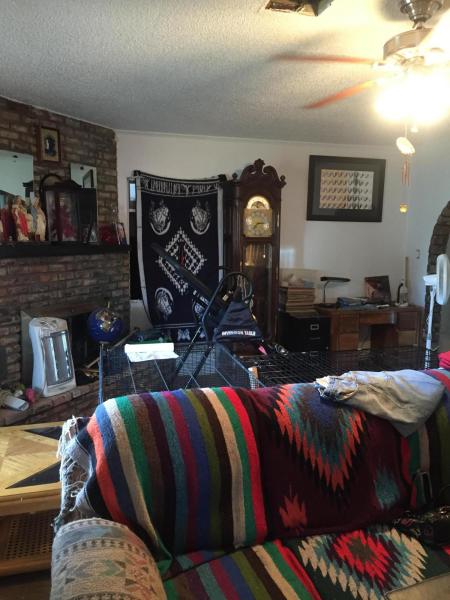 Ever wanted to know what the inside of a large rear projection television set looks like?  Here’s your chance.  There appears to be a projector bulb on the right side.

And then the Plexiglas cover on the left and some sort of filter on the floor.  Now we need to figure out how this helps sell a house.  Oh, by the way, the house has a fireplace. These Gainesville, Georgia sellers could care less about their fireplace, so they blocked it with a sofa, not realizing that buyers would want to see it. 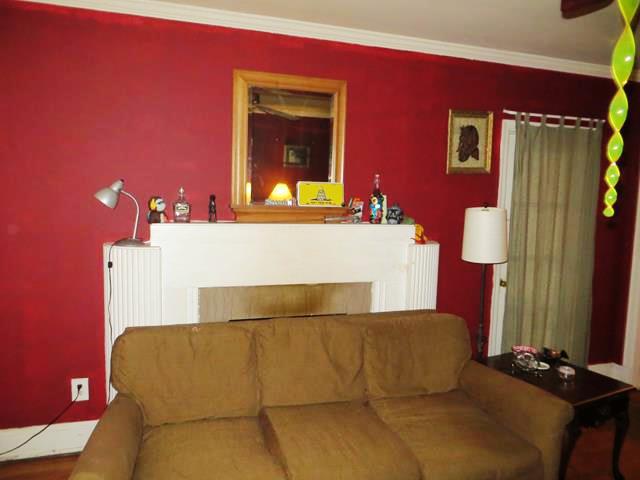 Over in Lake City, Florida, the sellers desecrated their fireplace with outdated faux paint treatment. 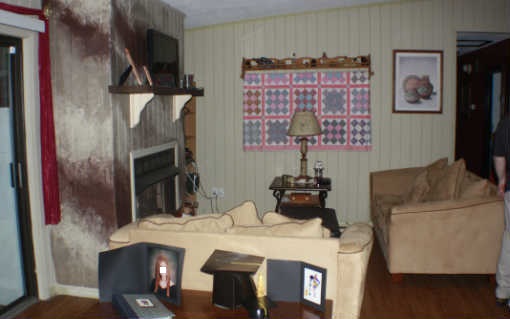 Check out this article on fake plants and flowers. What is your opinion on them? Do you think they’re pretty?