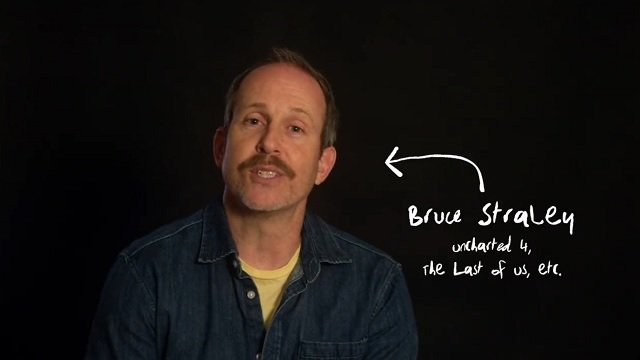 Bruce Straley, former co-director for several Uncharted and The Last of Us games, has revealed that he is heading a new studio called Wildflower Interactive. It’s been about almost five years since we’ve heard what Straley has been up to. He made a surprise announcement in September 2017 that he was leaving Naughty Dog after taking a year-long sabbatical upon completing Uncharted 4, but now he’s back with a fresh start.

Head over & follow @playwildflower to check us out. Thanks! pic.twitter.com/GvMM39TEdG

From what Straley has shared in his tweet above and on the studio’s official website, Wildflower Interactive will have a team made of industry vets. The studio boasts developers who have previously worked on Pathless, Abzu, Kena, Astroneer, and the Call of Duty franchise.

The mantra of the new studio is “Good people, making good stuff.” This is not too much of a surprise given that Straley previously revealed in an interview that he was pressured to get Uncharted 4 out the door and that it needed “to be something good so that it didn’t put a mark on the Naughty Dog name.” Bruce Straley and Neil Druckmann somehow finished the game in just two years, but that naturally led to burnout for Straley. In the video above, he admits that in 2017 he left the industry “not sure if he wanted to make games anymore.”

In response, Wildflower Interactive seems as though it will make a concerted effort to change the culture of crunch in game development. It will also be “making ‘small-ish,’ creatively-charged, uniquely-stylized games” that are more exploratory and original. Luckily, it has a yet undisclosed partner that supports what the developer is doing and “is going to help [the studio] reach the broadest audience possible.”

Wildflower Interactive is looking for some developers to fill a handful of full-time positions, including COO/Studio Manager, an Audio Designer, Environment/Technical Artist, and Character Modeler. While the developer is based in California, all of the positions are 100% remote.

In other news, Minecraft has banned NFTs and blockhain technologies so that the game remains safe, and Ubisoft has canceled Ghost Recon Frontline and delayed Avatar: Frontiers of Pandora.