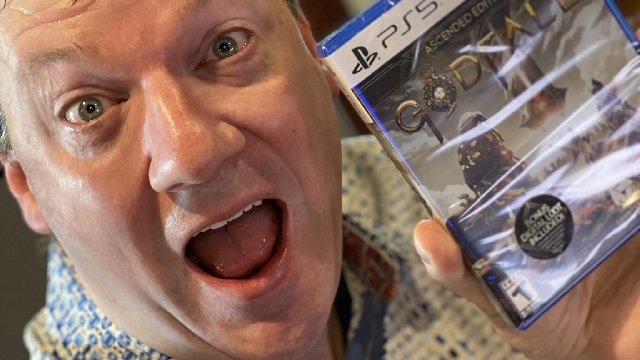 For some reason, Gearbox CEO Randy Pitchford has decided to sell his “loud” (read: ugly) shirts for “charity.” This one came out of nowhere and attracted quite a lot of negative responses, prompting Gearbox’s official Twitter account to hide replies. It’s unclear what charity the proceeds are going to since the announcement only mentions “developer scholarships.”

Gearbox fans may have noticed the loud shirts worn by our head honcho over the years.

Now these shirts can be yours! Randy is auctioning off dozens of garments with all proceeds funding a developer scholarship.

Neither the tweet nor the auction site mentions the name of the charity. Folks over at GamesRadar went digging around a little bit and found that Gearbox has its own scholarship program and the proceeds might be going towards that. There are three types of scholarship awards handed out by the company, two of which are valued at up to $500 and one is valued at $1,500. “Our mission is to produce cutting-edge and rigorous steam education resources, programs, and experiences for schools, home schools, out-of-school programs, and self-motivated learners,” reads an official description.

Randy Pitchford’s shirts certainly are “loud,” but quite a few folks are taken aback by the auction. I mean, does anyone really want to wear his used shirts? Well, a few people do because there are a few bids on each lot of shirts, with the highest being five bids. Each lot is valued at $400, and there are 47 lots in total. That’s a lot of loud shirts, there…

In other news, it looks like the Tokyo Game Show 2022 announcement Konami was teasing is for a Suikoden game rather than Silent Hill, and Cyberpunk 2077 is set to receive new content.