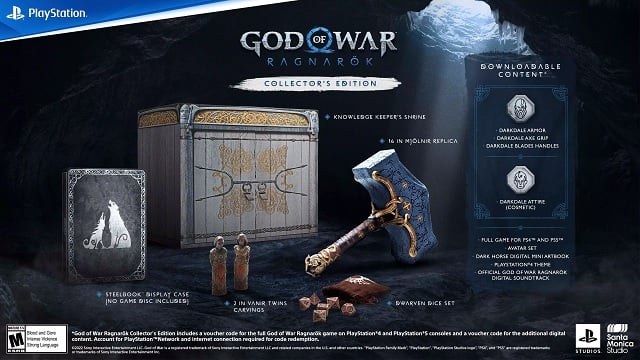 A number of God of War Ragnarok Collector’s Edition boxes have apparently been shipped to customers without the actual game code. The issue was first highlighted on Twitter where a number of years voiced their frustration over the matter because a quick resolution could not be offered. Some have been offered refunds by their respective retailers, but that means they have to part with the rest of the items included in the Collector’s Edition.

As spotted by folks over at PushSquare, the issue isn’t limited to missing game vouchers either. Some Twitter users have reported that their boxes came without a steelbook. Worth noting that although the Collector’s Edition includes a steelbook, players only get a download code for God of War Ragnarok.

@HelpUsSMS I got u beat bro. My steel case wasn’t event included. pic.twitter.com/hWOURcPG8U

Looking at the replies to the tweets above, it’s evident that this isn’t an isolated issue and isn’t limited to one retailer. PlayStation Support has reportedly told players that it’s “investigating” the problem.

Saints Row Getting a ‘Beast’ of an Update This Month