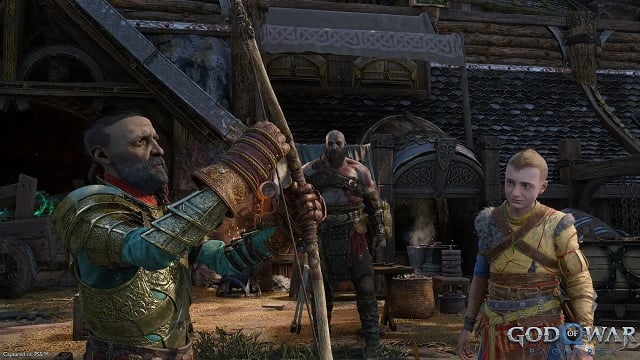 Transmog Armor was one of the most-requested features from God of War players and now Santa Monica Studio has revealed that the upcoming God of War Ragnarok will be able to change the appearance of Armor and Weapons. The catch is that this ability won’t be unlocked until players upgrade their equipment to Level 9.

Armor has been redesigned between God of War and God of War Ragnarok. In Ragnarok, any armor or other type of equipment that has been given a Power Level can be upgraded to the top Level 9. This means favorite equipment won’t be left behind as players level up and will give more opportunities to experiment with playstyles and perks. Once those Weapons and Armors reaches Level 9, their appearance can then be transmogrified for any equipment that players have in their inventory.

The new Auto-Equip feature is perfect for those players who don’t want to mess about maximizing stats. By simply choosing the stat they want to prioritize, Auto-Equip selects the highest Power Level items and will favor those choices. Santa Monica Studio didn’t say whether this feature would automatically match Armor from the same set, but doing so will grant Armor set bonuses.

Finally, Enchantments are no longer attached to specific pieces of equipment. Players need to locate the Amulet of Yggdrasil to unlock Enchantment slots and finding the Jewels of Yggdrasil will unlock more slots.

The good news is that the day one patch is now available and has fixed most of the bugs that were causing issues with equipment and upgrades. Players can try out all of these features after the game unlocks at midnight.