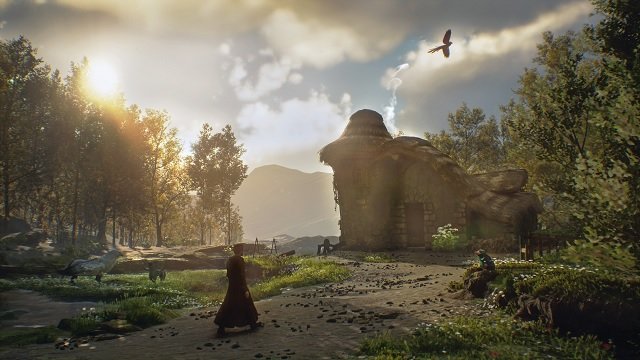 How to earn Hogwarts Legacy rewards

Clicking on link provided in the tweet above takes users to a dedicated page that walks them through the process in four simple steps, starting with logging into your account. Players are then able to customize their game and add a personal touch by importing their House, Wand, and other attributes – all while unlocking exclusive rewards: a House Fan-atic School Robe and a Beaked Skull Mask.

As far as the common room tours are concerned, there are four videos in total. You can check out the full playlist below.

“Starting with Slytherin’s entrance hidden behind a slithering arch of a stone serpent, through the lavish Gryffindor common room set in one of the tallest towers, and the warm, brightly lit Ravenclaw lounge, to the not often seen Hufflepuff common room bathed in natural sunlight through a skylight, players will have plenty to explore in the game,” WB Games teased.

Following a delay, Hogwarts Legacy will now release on February 10, 2023 for the PS5 and PS5 among other platforms. Both PlayStation consoles will get access to an exclusive in-game quest.

In other news, The Last of Us Part 1 Firefly Edition restock was nabbed by scalpers yet again, and following some leaks, Ubisoft officially announced Assassin’s Creed Mirage. A full reveal is coming September 10th.