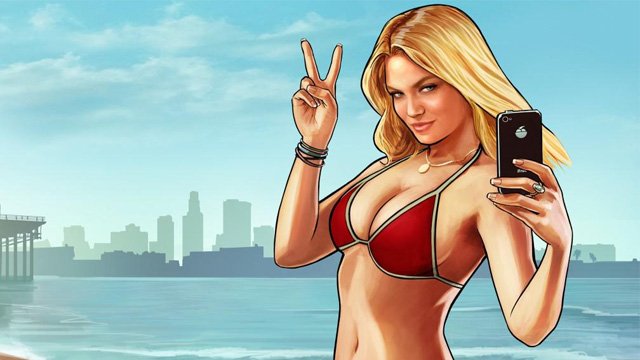 The footage was first published on GTAForums by user teapotuberhacker. The hacker also claims to have been behind the recent Uber hack, sharing a link to a New York Times report on the cyber attack and calling it their “previous work.”

The first alleged leaked gameplay footage video features a female protagonist involved in a robbery. It’s test footage, with its file name reportedly dated 2023, so its visuals are unfinished.

The second footage shows a brief poolside conversation between the male player-character and two NPCs. This also includes debug elements taken from the game.

The authenticity of the footage hasn’t been confirmed, though the fully voiced conversations and new gameplay elements that are shown in the robbery scene are certainly convincing. If the file names are correct and the footage was captured in 2023, this could mean that this is an older build of the game, and likely isn’t representative of the current state of the as-yet-unannounced game.

It was reported back in July that GTA 6 would have a female protagonist, and that the game would feature two playable characters who would resemble the real-life criminal couple, Bonnie and Clyde. If this new leak is legitimate, this new gameplay footage confirms that earlier report. Rockstar has yet to officially announce GTA 6, though previously said it would “set creative benchmarks” for all entertainment.