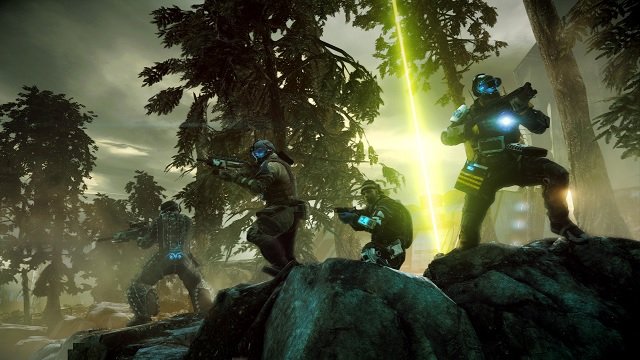 Guerrilla Games and Sony Interactive Entertainment have delivered another gut punch to Killzone fans by announcing the shutdown of Killzone Mercenary and Killzone Shadow Fall multiplayer. Okay, we’re being a bit dramatic as barely anyone was playing these games online at this point, but still. Those who have PS Plus Extra/Premium have one last chance to play Shadow Fall’s standalone co-op mode Intercept, which is also shutting down, for free as it’s leaving the service soon.

Shadow Fall’s standalone Intercept mode was released in June 2014, seven months after the game’s launch and received mixed reviews like the main game. Sony included Intercept in PS Plus Extra/Premium catalog, and just yesterday, users spotted Intercept in the service’s “Last Chance to Play” section. Little did we know that it was going to be scrubbed from existence entirely. Sony didn’t say when Intercept will leave PS Plus but we’re assuming August 12th is when the plug is pulled, or a little before that.

Things aren’t looking great for the Killzone franchise as Sony officially “retired” its website and rumors emerged that a Killzone VR game was once in development but later scrapped. That said, Guerrilla Games still boasts about its previous tentpole on its website so fingers crossed, it’ll get some love, like the Horizon series, one more time.

In other news, Naughty Dog devs have spoken out against The Last of Us Part 1 leakers and offered an official look at gameplay, and speaking of server shutdowns, Assassin’s Creed fans are organizing multiplayer sessions in older games ahead of their closure.