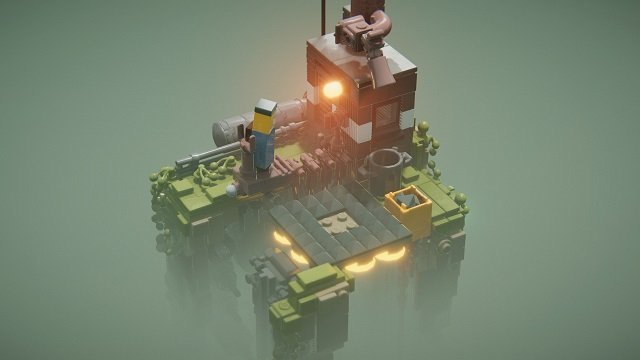 At last, publisher LEGO Games and developer Light Brick Studio have revealed the LEGO Builder’s Journey PS5/PS4 release date to be April 19 via its entry on the PlayStation Store. It’s taken over two years for the game to reach PlayStation platforms.

What comes with the LEGO Builder’s Journey PS5/PS4 release?

LEGO Builder’s Journey has taken a long, well, journey to get to PlayStation consoles, having released on Apple Arcade on December 19, 2019, then Switch and PC on June 22, 2021, and then Xbox Series consoles and Xbox One on November 25, 2021. It’s a bit unusual to see a game hop from one platform to the next so many times over its lifecycle, but at least it’s finally making the leap onto PS5 and PS4.

This upcoming PlayStation version of this contemplative puzzler will come with “Creative Mode” that was released as a free update a few days ago on April 14. In this mode, players will be able to create and share their creations by using a specifically curated selection of LEGO bricks.

There are many different foundations, called plates, that you can use to build your creations in Creative Mode. The interface and controls are kept simple in this mode, giving you symmetrical bricks of the same color by default and a paint bucket to dye your bricks as you see fit. You can a deeper sense of Creative Mode by looking at the trailer for the mode posted above.

Publisher LEGO Games describes LEGO Builder’s Journey as “an atmospheric, geometric puzzle game” that primarily challenges players to reach another person on the field by assembling new routes and pathways using the LEGO bricks that float into the area.

At the time of this writing, LEGO Builder’s Journey has a Metacritic score between 76 (on Switch) and 80 (on iOS) depending on the platform.

In other news, Ubisoft has acknowledged that open-world games don’t need to be bigger, and the next-gen versions of GTA 5 have apparently removed some controversial content.