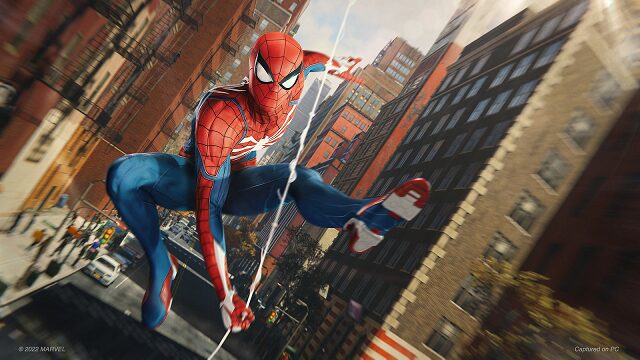 Thanks to rumors circulating before the State of Play show began, players were expecting Sony to reveal more PlayStation Studios titles to be heading to PC, but they weren’t expecting the games that actually got announced. Marvel’s Spider-Man Remastered will be making its way to Steam and Epic Games in August, and Marvel’s Spider-Man: Miles Morales will follow on PC later on in the year.

When will Marvel’s Spider-Man Remastered be released on PC?

Marvel’s Spider-Man Remastered will be released on PC on August 12, 2022. As well as the game, the Remastered edition includes the “Marvel’s Spider-Man: The City That Never Sleeps” DLC too, complete with three story chapters, additional missions, and extra challenges. The game has been ported by Nixxes and has been “fully optimized for PC” to include adjustable render settings, ray-traced reflections, and other features to be revealed at another time. Marvel’s Spider-Man Miles Morales will also be coming to PC this Fall, again with more details to be shown at a later date. The move comes after Insomniac revealed both games have sold a total of 33 million units between them on PS5 and PS4.

The reveal seemed to fly in the face of the rumors that were spreading mere hours earlier. Reddit user u/glockpopp claimed Sackboy: A Big Adventure would be the next game to come to PC after the release of Uncharted: Legacy of Thieves Collection. Technically this could still be right. Uncharted is yet to receive an official release date and previous store leaks had suggested the game would be released on PC this month, although this is starting to look increasingly unlikely. If Uncharted is released on PC after the Spider-Man games, Sackboy could follow them. According to Twitter user @JoeMiller101, Returnal is also on its way to PC after he leaked screenshots of both games. Only time will tell whether the rumors are true and, if so, where the games fit into the release schedule.

In other news, Final Fantasy XVI’s new trailer finally made its debut at State of Play, revealing the game is also due to be released in summer 2023. Elsewhere, a Street Fighter 6 trailer revealed quite a few game features, including a single-player World Tour mode.